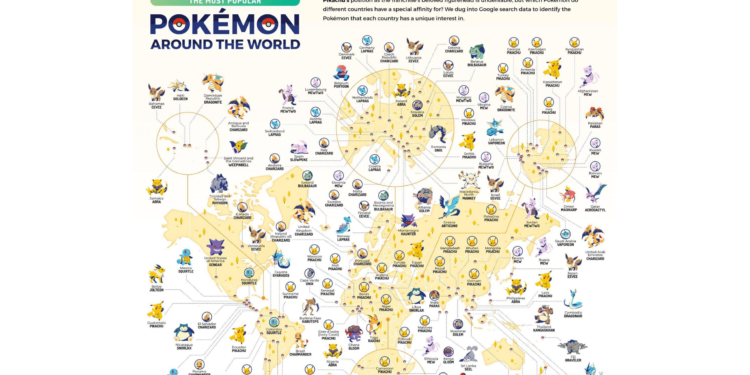 25 years ago, video game developer Game Freak and Nintendo released Pokémon Red and Blue for the Game Boy. The game introduced 151 Pokémon, known as Generation I. While over 700 new Pokémon have been introduced in the 25 years since Red and Blue came out, the original lineup remains among the most popular in the series.

In celebration of Pokémon’s 25th anniversary, TheToyZone looked at how fandom of the series varies around the world. The team analyzed Google search data to identify the most uniquely popular Pokémon in each country.