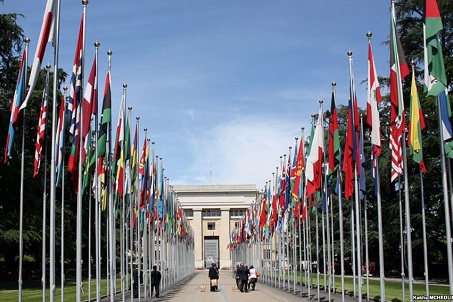 The 56th round of the Geneva International Discussions was held on October 5. The Georgian delegation was led by the First Deputy Minister of Foreign Affairs, Lasha Darsalia. The round was conducted as a result of the active involvement and efforts of the Co-Chairs from the EU, UN and OSCE as well as of the USA.

The round was focused on the core agenda items of the Geneva International Discussions related to the necessity of full implementation of the provisions of the EU-mediated 12 August 2008 Ceasefire Agreement. Georgian delegation also made an emphasis on one of the main issues of the agenda – the safe and dignified return of internally displaced persons (IDPs) and refugees to their homes.

The Geneva International Discussions were launched on the basis of the 12 August 2008 Ceasefire Agreement. The discussions are held within the frames of two Working Groups, where participants are represented in their individual capacity. In the first Working Group talks are focused on security and stability in the occupied territories of Georgia, while in second Working Group – on humanitarian and human rights situation in Abkhazia and Tskhinvali regions, as well as on the issues related to safe and dignified return of IDPs and refugees to the places of their origin. The discussions are held with Co-Chairmanship of the EU, UN and OSCE, and participation of Georgia, the Russian Federation and the USA. The Head of the Provisional Administration of the former South Ossetian Autonomous District and the Chairman of the Government of the Autonomous Republic of Abkhazia, as well as the representatives of the Sokhumi and Tskhinvali occupation regimes also attend the Working Groups.