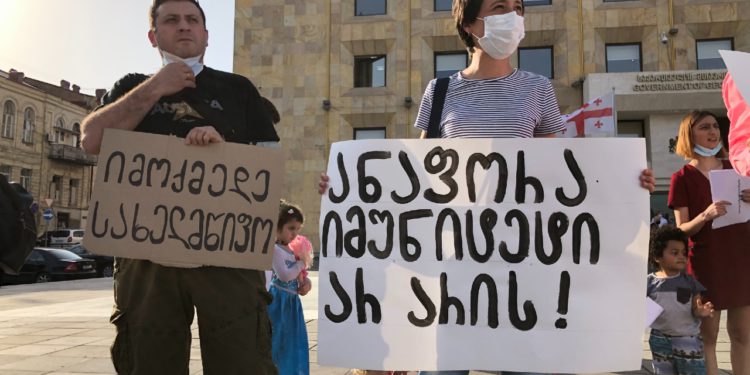 The State Agency for Care and Assistance of Victims of Trafficking says 6 children from the Ninotsminda orphanage have already been transferred to “another form of care,” while work is underway to transfer 10 more juveniles.

“After the child care service was given the opportunity to enter the Ninotsminda orphanage and carry out its activities, 6 juveniles expressed their desire to leave the institution. In their best interests, the agency responded appropriately and has already secured their transfer to another form of care.

“Intensive work is currently underway, up to 10 more children have been identified to be transferred. At the moment, social workers and representatives of the LEPL State Agency for Medical Activities are present at the Ninotsminda Children’s Boarding School.

“In connection with the above-mentioned facts, in the interests of the investigation, the psychologists of the agency were also involved in the case,” reads the statement.

A few days ago, the director of the same agency, Meri Maglaperidze, said that there were 53 children in the boarding school at the moment.

The Ministry of Internal Affairs has launched an investigation on possible crimes committed against children at St. Nino Boarding School under article 126, part I1, envisaged by the Criminal Code of Georgia.

Tags: Ninotsminda OrphanageState Agency for Care and Assistance of Victims of Trafficking
ShareShareTweet