Speaker Regarding Election of Candidate of PD: Several EGOS are Trying to Put Pressure on Parliament, Nominate their Candidates 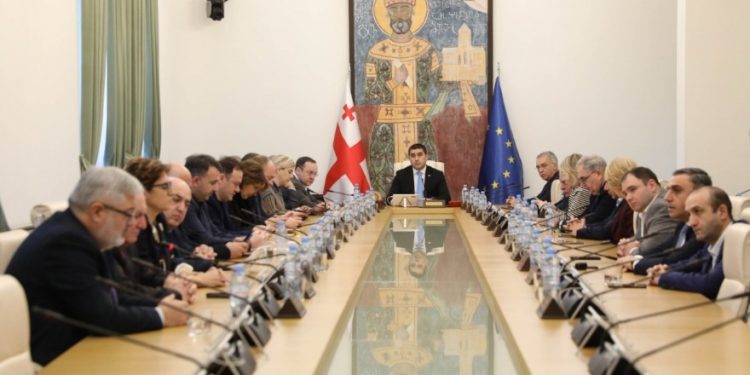 “We should all be aware that we are in the Parliament of Georgia. We have been given a mandate by our constituents and our representatives in the Parliament. How seriously you respect the mandate granted to you by the people is demonstrated by the fact that a particular faction of the opposition has limited its candidates to those nominated by specific NGOs. I have been urging everyone to consider the duty that has been placed on them by the voters, not by a small group of NGOs assembled in a room when the candidates were chosen,” the Speaker of the Parliament, Shalva Papuashvili noted at the sitting of the Bureau.

As he explained, part of the opposition is trying to put pressure on the Parliament regarding the election of the candidate of the Public Defender, so that the discussion with respect to another candidate, apart from the candidates proposed by them, will not be held.

“This applies especially to the opposition and small parties. In order not to discuss other than these candidates. This is the reality from my point of view. Part of the opposition did not even dare to think about another candidate, except the one nominated by NGOs,” Papuashvili stated.