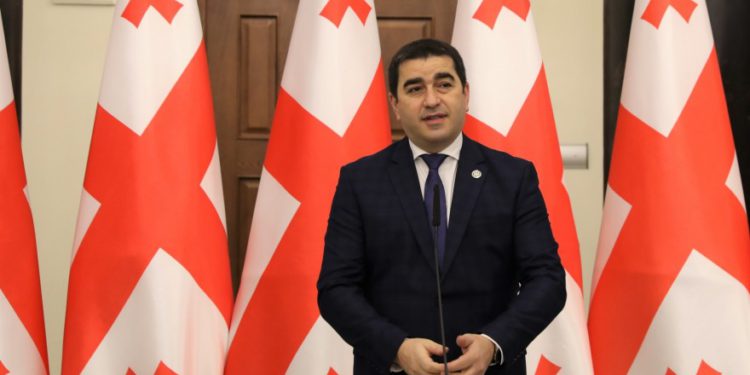 “The Parliament is the institution that appreciates the institutional memory since it is a venue of drastic changes according to the political taste, programs and directions. As such, it is paramount that the institution, predestined for the changes, serves as an island of stability,” the Speaker, Shalva Papuashvili stated at the awarding ceremony of staffers with over 25 years’ experience, his first in this position.

“Recently, we have been reiterating the words “parliamentary sovereignty.” The Parliament is a body directly representing the people and hence, with the highest degree of legitimation. It is the greatest responsibility and a burden, which is hard to carry without these people, using their professionality and knowledge in service of the country and demonstrating their institutional memory. The Parliament is the venue, appreciating the institutional memory since it is a venue of the drastic changes according to the political taste, programs or directions. Hence, it is paramount that the institution, predestined for the changes, shall serve as a stability island and this island is sustained by these Staffers with the institutional memory,” the Speaker stated.

He thanked the Staffers for their professionality.

“I assumed this office a couple of days ago and I already understand the importance to prevent the start with a blank sheet every time. The tradition of awarding was established by a former Speaker, Archil Talakvadze to demonstrate the attitude of the Parliament to the Staffers devotedly serving for years to this institution and hence, to the country and the people. I believe, it is a very important tradition and I am honored, being the freshest Member of Parliament, to share this recognition with you – the most experienced Staffers. We are grateful for your devotion and years of service and that, despite the changes that may take place in the Parliament, you maintain the stability and loyalty to the Parliament,” he added.

“No one ever asked you about your political belief or affiliation because the people like you exist to, in any formation and under any political tension, serve to their country instead of any certain political group. You are the sustaining pillars of the state institutions and we are truly grateful,” he stated.

The awards were granted to 38 Staffers.