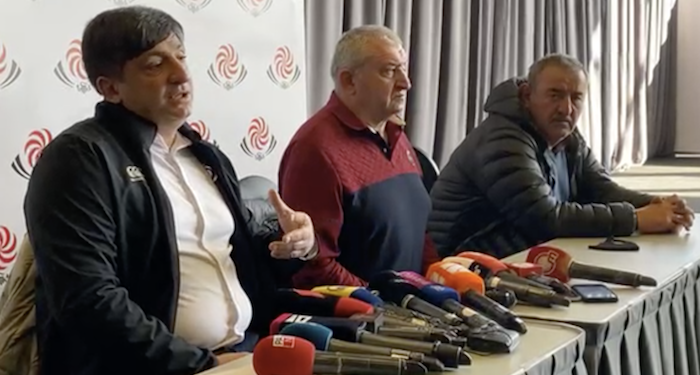 Soso Tkemeladze has been elected President of the Rugby Union. Tkemaladze was the only candidate in the elections held today against the background of a protest rally in the exhibition space of “Expo Georgia” in Tbilisi. Several people were injured as a result of the confrontation.

The protesters were rebelling against the vote being held today, claiming they consider it illegal because on December 30, the president, veteran rugby player Irakli Abuseridze, was already elected. However, the public registry did not register him as president, due to “procedural shortcomings.”

The protesters demanded Abuseridze, a former Georgian Dream MP, be declared president, without no other elections. They also claimed the government is putting pressure on the election process.

“This long-awaited day has come. The Rugby Union has not had a president for more than a year. I would like to thank the Rugby Board and those who have managed this process so far. Passions will subside and we will move to work mode as soon as possible,” said the newly elected President, Soso Tkemaladze.