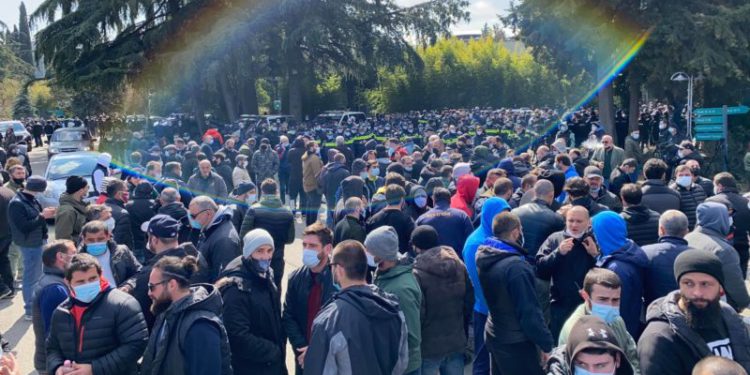 The elections of the President of the Rugby Union are taking place in the exhibition hall of “Expo Georgia” in Tbilisi. Citizens, fans, and veteran rugby players are gathered in the yard to protest.

The protesters are rebelling against the vote being held today, claiming they consider it illegal because on December 30, the president, veteran rugby player Irakli Abuseridze, was already elected. However, the public registry did not register him as president, due to “procedural shortcomings.”

The protesters demand Irakli Abuseridze be declared president, without no other elections. They also claim the government is putting pressure on the election process