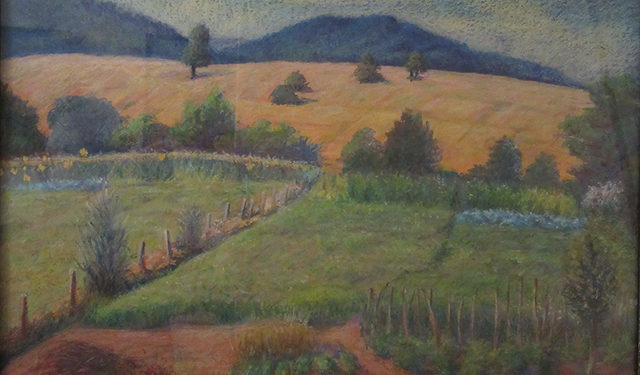 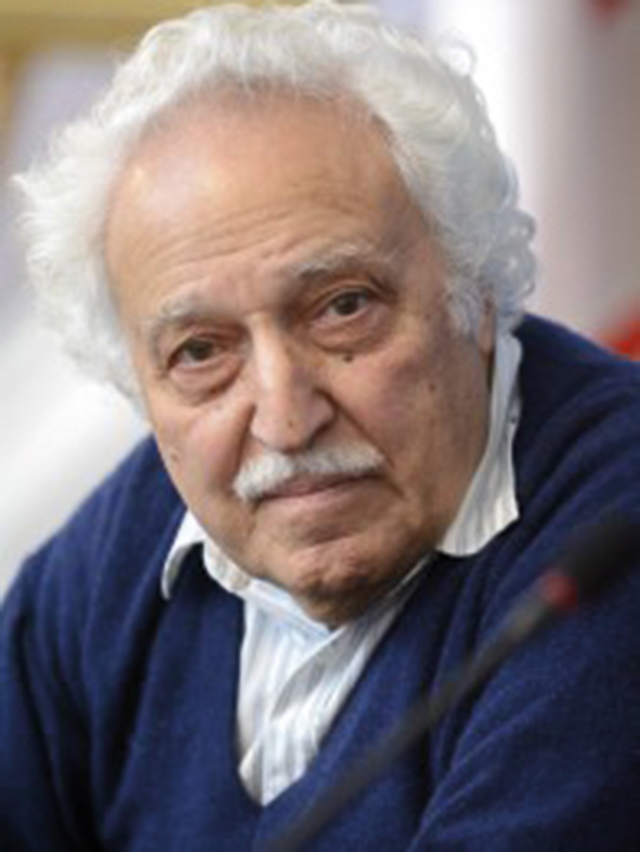 From the very beginning, the painter’s work was based on depicting the Georgian, national way of life which has already become ethnography. Then he continued the theme of Niko Pirosmani’s work and stylized his manner of performance. In 1966, the artist’s works were exhibited at the Georgian National Museum of Art in Tbilisi, at Georgian Gallery, and then in Moscow at the Museum of Oriental Art and three different exhibition spaces. In 1967, French television introduced the works of Jemal Khutsishvili to its viewers. 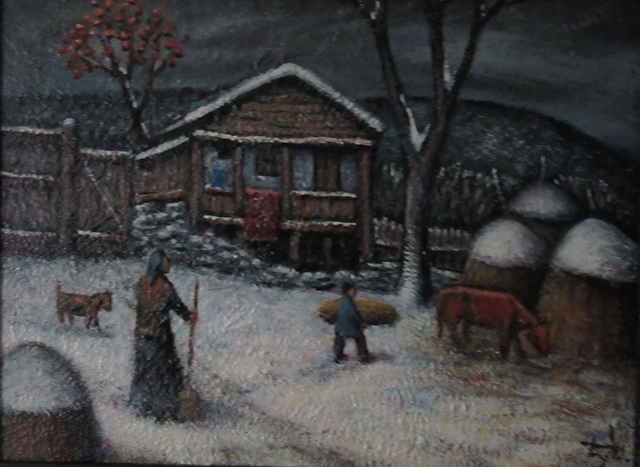 Georgia, in particular the everyday life of Kakheti and allegorical images depicting the heroes of Georgian legends and fairy tales, had an important place in the works of the artist in this period, as did an ongoing love of the animalistic genre, once again approaching the work of Niko Pirosmani.

Jemal Khutsishvili’s painting “Watermelon Vendor,” which was painted in1970, combines a realistic and avant-garde artistic manner and echoes the work of the famous Mexican artist Diego Rivera (1886-1957) “Flower Vendor” (1925). The watermelon vendor is portrayed with a background of watermelons: a Kakhetian peasant holds a watermelon in his hands as the fruit of his labors. 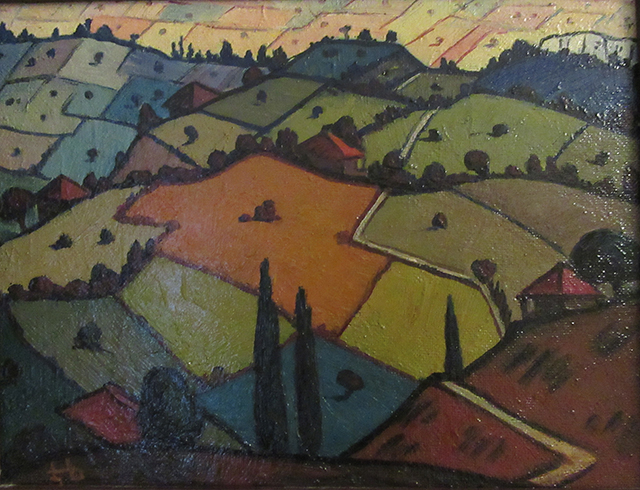 The dark green color of the composition is revived by the peasant’s burgundy top and white apron. The traditional Kakhetian black hat, antique handmade shoes and wool socks add even more ethnography and reality to the depicted character, whose shiny, sun-damaged face is portrayed by the artist with great mastery. 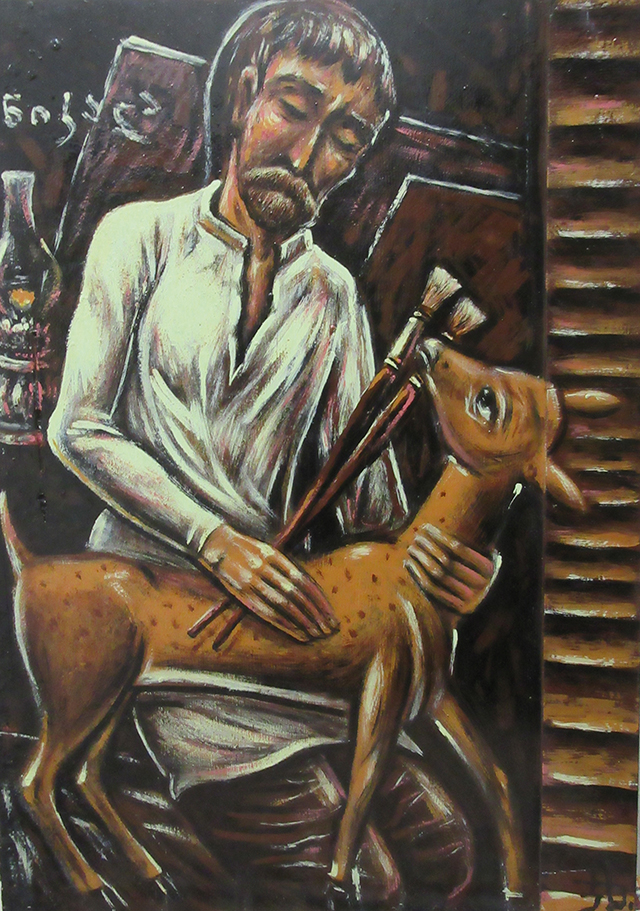 The landscapes of Georgia have an important place in Jemal Khutsishvili’s work. He created a whole series of landscapes depicting Kakheti, Kartli and Imereti. In addition, the artist uses these landscapes as a background for figurative, symbolic-allegorical compositions. The painting “abandoned house” is painted in the same style. It depicts the painful problem of migration of rural residents between the 1970s and 1980s. 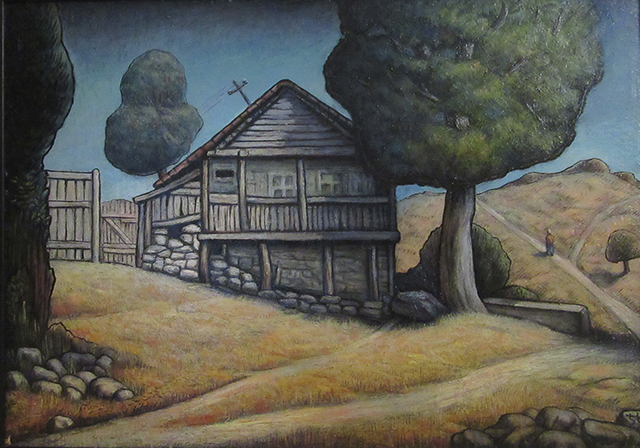 In addition to oil paints, pastel painting is one of the artist’s favorite techniques, which he mastered and often uses in his works. The painting “Aleksevka” is created using this technique, where the rural lands are presented with accuracy.

The artist often paints the historical monuments of Georgia, ethnographic compositions which also have a symbolic and metaphorical meaning. A separate theme in the artist’s work is connected to the saints of the Georgian Church, especially compositions dedicated to St. Nino’s life, created according to medieval Georgian icon painting and frescoes. 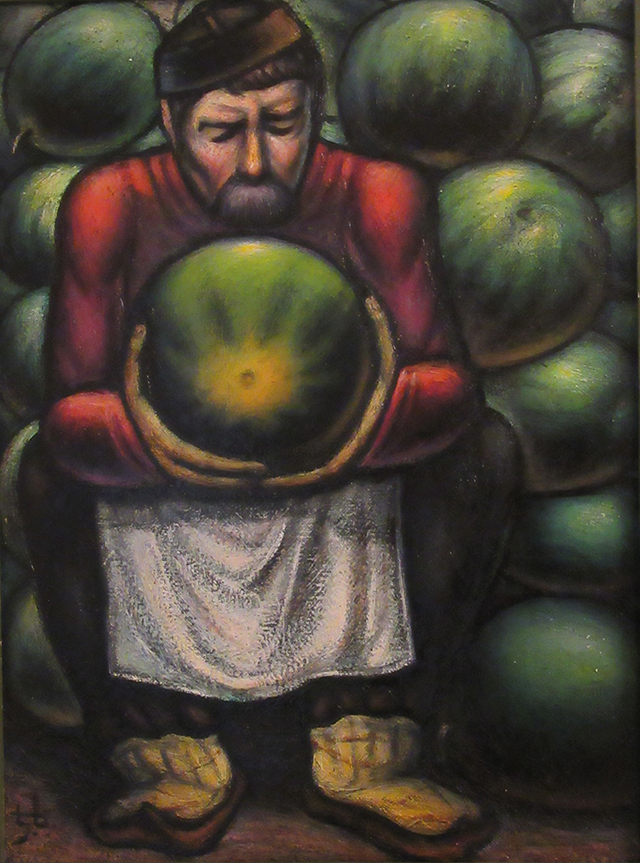 Khutsishvili’s personal exhibitions were organized in 1970-2000 in Tbilisi, Telavi and abroad. His works are kept at the Sh. Amiranashvili Georgian Art Museum, National Gallery of Art, various Georgian museums, Moscow Museum of Oriental Art, Tretyakov Art Gallery in Moskow, and in private collections in Georgia, Russia, the European countries, the USA, and elsewhere.

Jemal Khutsishvili actively continues his creative activity, creating landscapes of his native country, ethnographic compositions, images of urban life of old Tbilisi, which are imbued with warmth and positive emotion.

All images shared with the permission of Solomon Arts Gallery.
Find out more at solomonartsgallery.com. 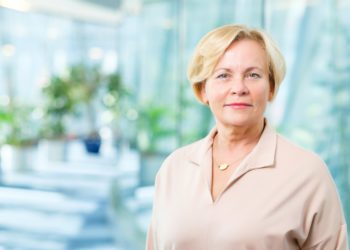 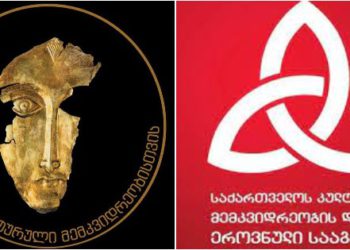