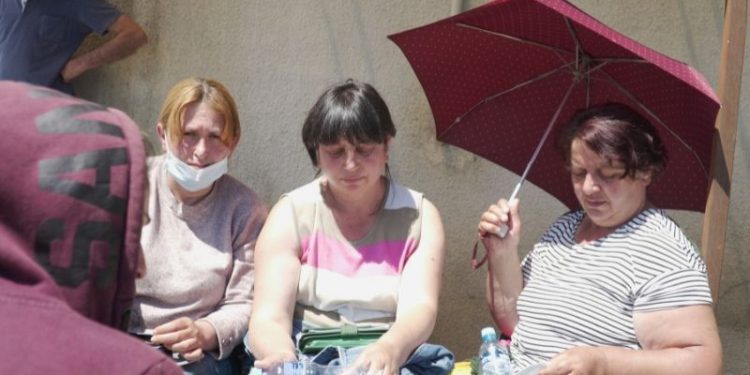 The residents of Shukruti village have ended their protest and hunger strike.

Giorgi Neparidze, one of the protesters, told the media that an agreement had been reached between the population of Shukruti and the company ‘Georgian Manganese.’

“An agreement was reached between us and the company, the documents were officially signed and then the protest was stopped. Our demands will be met. The damage will be counted by the Levan Samkharauli National Forensics Bureau, which will be reimbursed by the company,” he said.

For the record, locals living in the village of Shukruti in Chiatura, Georgia’s mining town, who have for years been demanding compensation from Georgian Manganese, the company that owns and operates the Manganese mines in Chiatura, used extreme forms of protest, with some sewing up their mouths in protest. As they claimed, their houses are collapsing due to the mining activities of the company.

Rallies against ‘Georgian Manganese’ were held for more than 100 days.