Russia and Its Lies about “Responsibility to Protect” 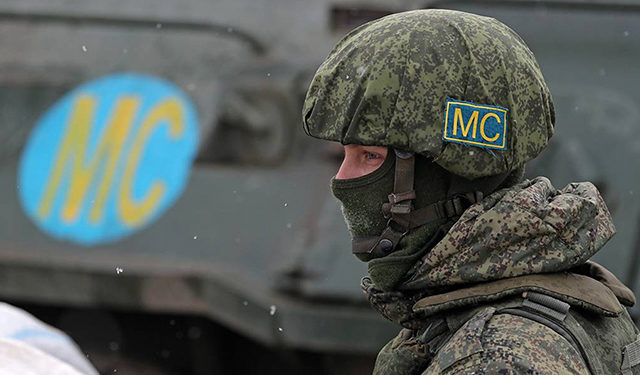 In 2005, the United Nations established the principle of Responsibility to Protect at the World Summit, commonly shortened to R2P. This principle was established with the expressed goal of preventing genocide, war crimes, ethnic cleansing and crimes against humanity in the world. Ratified unanimously by all 170 UN member states, this has largely been framed as a great step forward for stability and peace.

Like any globalized piece of legislation, there will be those that seek to bastardize and twist its original meaning. Putin would never allow such an opportunity to slip away, and as such has been the target of multiple accusations. These accusations allege that he has used a portion of the R2P framework to illegally expand his empire in Europe and the Middle East.

The R2P principle is founded in the generally accepted belief that for a state to be truly sovereign, a government must provide for the protection of its people, first and foremost. This protection includes the four aforementioned forms of abuse, including the targeting of any one group within the nation’s territory. While much of this is already codified in international law, R2P acts not only as a bolster to that effect but also as a protective effort for certain sectors of the population. These sectors are not just vulnerable, but are commonly or routinely targeted. To address this further, the UN established these three components referred to as the Three Pillars: “…the responsibility of each State to protect its populations (pillar I); the responsibility of the international community to assist States in protecting their populations (pillar II); and the responsibility of the international community to protect when a State is manifestly failing to protect its populations (pillar III).”

The first and second pillars are largely seen as the core of the R2P scope. These outline the duties of the state to its people, as well as methods the international community may assist financially, materially, or in a consultative capacity. It is the third pillar that has come under some debate in recent years.

This concept has its roots in the widely held belief that the world should never again turn its back on mass violence against a people. However, it is the misuse of this third pillar that has caused more consternation than any other.

Russia used this pillar as a part of its justification for invading Georgia in 2008. The Kremlin argued that it invoked the third pillar in an effort to protect its people and other ethnic Russians against what was perceived as genocide. The UN denied this as any grounds for justification of a military invasion. While the Georgian government forces had been sparring with separatists and illegally armed groups for some time by August 2008, the international community widely recognized that diplomacy was far more effective than any military response.

Despite this, Russia has continued to use their false interpretation of the third pillar as a basis from which to launch multiple other campaigns in violation of international law and norms. Ukraine, Syria, and the Central African Republic have since, and continue to, suffer under the weight of the Kremlin’s advances. In addition to sovereign Georgia, the Baltic states of Lithuania, Latvia, and Estonia have been in the crosshairs for some time.

Russia routinely plants deep-cover teams against and puppet entities inside these nations in order to create a pro-Putin minority. Through false information campaigns and the manipulation or subversive hijacking of media outlets, they are able to drive the split between the local nationals and their new “Russified” base.

The near future and the next attempt to seize back their lost Soviet lands will almost assuredly contain these efforts, and more. Russia has already begun to potentially incorporate one of these new tactics: land grabbing masked as peacekeeping. The sight of the infamous “MC” markings are now ubiquitous in the recently contested Nagorno-Karabakh region.

But what would the next Russian incursion look like? Be it Georgia, Estonia, Latvia, Lithuania, or any other European or Asian country that falls into the Kremlin’s crosshairs, it is worth postulating what that operation could look like. As an attempt to explore and clarify some of the concepts noted, here is a notional example

NOTE: For the purposes of anonymity and ambiguity in interpretation, the author has used fake names and places in this example.

Scenario: Russian intervention in “Lithonia”
The nation of “Lithonia” lies on the northwestern borders of the Russian Federation. A heavily wooded nation, most of the country’s over 1,100,000 people live near the coastal capital of Lart’a. With a 71% majority of its population being ethnically Lithonian, another 29% is Slavic, almost all coming from Russian families relocated during Soviet occupation. Many consider the cultural differences to be of minor concern, with only fishing territory rights, an ongoing miners’ strike, and a recent tax reform policy being the most prominent issues for citizens.

However, the new tax code guidance memorandum has only been published in the native language, Lithonii. While this is no major concern given its use of the Cyrillic alphabet, there is a rise in social media advertisement posts and unsourced stories being shared about how this is to ostracize the “uncultured” Slavic portion in the nation. To complement this, images and “memes” are circulating that show the Slavic portion of the country as uneducated, poor, and a burden on the state welfare programs.

The Lithonian Christian Church uses its considerable social power in an effort to unify people, but many in the Eastern Orthodox parts of the country see this as an attempt to make them irrelevant. Behind the scenes, Russian intelligence and subversion agents are creating and promulgating this division through media and social centers. More content is pushed in front of people to further ostracize the two groups from one another.

Using these social media platforms, the Russian agents support and help organize protests and rallies near government offices in various districts of the country. Targeting an up-and-coming pro-Slavic youth movement, they use them to spark agitation between them and the local police, causing a physical confrontation on the steps of a regional municipal building. The next morning, photos of the national police seemingly beating an unarmed teenager have gone viral on local and international social media. Lart’a releases statements outlining the facts behind the confrontation, but by this time the social media reactions have already begun.

As a result, more protests become marred by sporadic violence promulgated by members of this same youth group. With Russian-backed media keeping these images on every 24-hour news cycle, many begin to take note of the situation in Lithonia. The Russian government convenes with its security council, then holds a press conference declaring the need to protect Russian culture, traditions, and its Russo-ethnic people at home and abroad. Finally, a statement is released from the Kremlin that the Russian Federation is ready to help with the establishment of peace and security with their brother nations, particularly Lithonia, within its duty to protect oppressed people.

The Lithonian military only numbers around 20,000 active and reserve members and many of them are not trained for this type of problem, with only 8% having deployed in the recent NATO operation in Afghanistan. Additionally, the majority of the Slavic members of the armed forces have not been seen reporting back to their units after the recent weekend. The Kremlin offers its assistance to help under a Russian Peace Authority (RPA) operation, continuing to say it is operating under the UN R2P and in the interests of peace and stability.

Before Lart’a can respond with any official statement, armored personnel carriers and helicopters with large hastily painted RPA and MC on their sides arrive in the eastern part of Lithonia bordering Russia. With no overt Russian standard military markings, sporting light blue and white RPA flags, and soldiers wearing light blue helmets and berets, it is difficult to distinguish them from other commonly seen peacekeeping forces. Curiously, paramilitary and “Civil Protection” units have begun replacing the national police in the affected towns. These new “authorities” begin encouraging national police officers to either join them or to move back to Lart’a, all the while keeping armed guard on them.

The Russian agents, still operating undercover, begin utilizing their hidden weapons: electronic jamming equipment. Soon, the entire country has gone dark, preventing any solid intelligence picture from being formed for the remainder of Europe and the United States. Russian telecommunication infrastructure is moved in to replace the local providers and a complete transfer of information dominance is completed.
As the fog begins to clear on the situation in Lithonia, Russian military units operating under the RPA have built a new border around the eastern half of Lithonia. Main battle tanks with RPA blue and white flags guard every road crossing, and permanent military installations begin being constructed. The Lithonian military is warned that any unit approaching the Peace Authority Line will be met with hostility in defense of the oppressed people. Since the Lithonian military’s warfighting capability is dwarfed by the RPA deployment force, it is forced to comply and pulls back around Lart’a in the west.

International leaders express outrage in various press events and demand an explanation from the Russian government, only to be met with silence. NATO military commanders meet in multiple joint sessions, wrestling with options. The potential for a fallout and total war with Russia due to the alleged attack on the blue-helmeted and identified Russian Peace Authority is weighed with appeasement. All the while, Russia maintains the leverage of its gas exports should there be any aggression towards its RPA troops.

While this is only a simple example, this is not far from the tactics Russia has used in the real world. Its symptoms can be recognized, but only if they are cut short from growing into a real problem should they become ineffective. On a larger scale, firm and long term restrictions on the Russian government in the international community need to come to term.

Recent events only supply more evidence to this. Russia, and its puppet Belarus, are using humanitarian issues at the Polish frontier as a means to force NATO to the table. In addition, Ukrainian and other allied intelligence offices have reported on the movements of large Russian military formations close to the Ukrainian border, including the occupied Donbas region. These formations are reported to number up to 100,000, a number that would be reasonably able to seize the eastern half of the nation.
Rescinding the right for Russia to operate in a peacekeeping capability and fulfill any third pillar R2P obligation, removing their vote from the UN Security Council, and a hard line in the proverbial sand stating that Russian forces are barred from operating outside of the Russian mainland must be implemented. While many in Moscow will cry outrage, it is only with this level of forced restraint that Europe, as well as many others, can begin to achieve some semblance of peace.

In reality, it is hard to envision this being implemented due to a large group of Western world leadership having the idea that appeasement tactics and befriending the Kremlin is possible. Flatly, this is not a reality with Putin or any of his cohorts in control. While the future may change this fact, it is the here and now that will shape much of the future, sovereignty, and perhaps the even existence of the European Union.