Russia and Iran: Natural Partners in Enforcing an Alternative Order 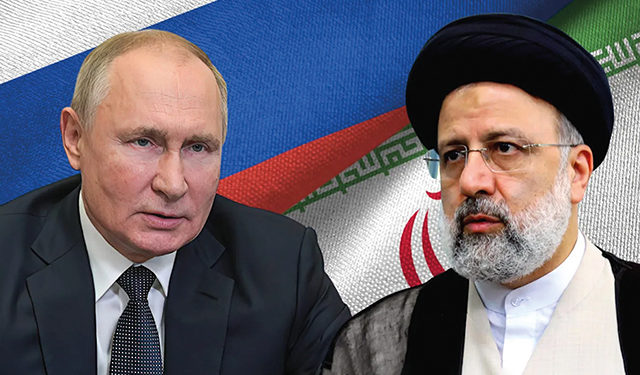 Moscow and Tehran are increasingly cooperative. Both loathe the liberal world order and feverishly contest it on the global stage, and more specifically in the South Caucasus and the Caspian Sea, creating a momentum for advancement of bilateral relations. This is, however, where the troubles begin. Concrete moves in economic and military realms are constantly postponed. Partnership remains with significant limits.

Iran-Russia relations seems to be on a growing track after Ebrahim Raisi came to power. A good reflection of the seeming uptick in bilateral ties is Raisi’s January trip to Moscow.

The meeting took place before the announced joint Russian-Chinese-Iranian naval exercise in the Persian Gulf. Yet another and more significant development has been the nuclear talks in Vienna where Russia plays an instrumental role.

Since Raisi took over, his administration’s emphasis on the Eurasian vector in Iran’s foreign policy has gained momentum: progress in the Shanghai Cooperation Organization, closer ties with China, and the pursuit of more intensified ties with the Moscow-led Eurasian Economic Union (EEU).

When Raisi visited Moscow, hopes for advancement in bilateral relations were high. This, however, did not materialize, as talks about deeper military cooperation did not result in anything specific. Trade, too, is stagnating, having exceeded $3.5 billion in 2021, but falling short of what Russia enjoys with other regional powers. Here, Turkey comes to mind, with which Russia’s economic ties are near the $20$-25 billion mark.

Though Iran-Russia cooperation seems to have a momentum propelled by wider global issues, it nevertheless lacks the dynamism peculiar to Russia-Turkey or Russia-China ties. The scope of Moscow’s cooperation with those states is much bigger, and Turkey and China are far more significant economic players than Iran, which remains constrained by US economic sanctions.

Iran and Russia portray themselves as civilizational powers which find themselves constrained by the liberal world order. The two therefore see each other as natural partners (perhaps even allies in this specific case) in matters of opposing and eventually pushing against the collective West in a broad array of issues, ranging from security to military affairs.

Based on the civilizational approach, the Islamic Republic and Russia envision a different kind of world order. More chaotic, less structured through official alliances, for Moscow and Tehran, the anti-liberal world order should be based more on pure traditions of the great powers’ competition of the past.

Spheres of influence, government to government decisions over exchange and incorporation of lands without fear of repercussions – flouting international law will be less of a concern as principal international bodies upholding multilateral structure should be either weakened or disbanded altogether. Great power relations would also involve the introduction of the concept of regionalism, when big Eurasian states will be striving to dominate certain geographic areas in between by shutting out non-regional actors.

Close Russia-Iran ties will have a considerable impact on the way things shape up in the South Caucasus. This is the area, along with the Caspian Sea, where Moscow and Iran seek to establish a post-liberal order. To be sure, Iran has far fewer levers of power to influence the process, but in closer partnership with Russia, the Islamic Republic will be able to shape the geopolitics of the region congenial to Tehran’s security and economic interests.

The South Caucasus has indeed been transformed into a theater of greater interest for Iran. Ever since the end of the Soviet Union, the region has been an area where Tehran strived to advance its position. It was, however, not a primary concern for the Islamic Republic. The Middle East was and remains the space where Iranian power is shaped and projected.

The results of the second Nagorno-Karabakh War of 2020 and proposed changes to the military, economic and trade patterns in the South Caucasus left Iran if not entirely sidelined, then with significantly limited potential to influence the process on the ground.

To this should be added the re-emergence of Turkey as a major power in the region. A historic rival to various Iranian empires of the past, Turkey’s growing clout is being seen with much concern in Tehran.

This drives Iran into Russia’s embrace. A long term picture could thus be seen: Russia and Iran finding more common ground on various issues, from building a more convenient security environment by blocking non-regional powers, to containing Turkey’s disruptive entry into the South Caucasus. Moscow and Tehran both loath Ankara’s growing ambitions, as the latter is now more actively looking toward the Caspian basin and the Central Asian region.

Iran feels comfortable with Russia’s position in the South Caucasus. The power which unilaterally controlled the region since early 19th century is now a power which shares Iran’s near identical fears of Western economic and military expansion into the region. Georgia in NATO means bigger limits for Iran, as does the spread of democracy and the EU’s economic power. Similarly, Azerbaijan’s cooperation with Western powers also causes distrust and fears among Iranian politicians. As these concerns overlap with Russia’s, the two are natural partners in trying to enforce an alternative order in the South Caucasus.

Contesting the liberal principles and the West-led multilateralism will remain a driving force behind Iran-Russia cooperation. It will, however, lack substance, making it fall short of what Russia enjoys in its other partnerships with Eurasian powers. The lifting of US sanctions could be a game-changer for Russian businesses to operate in the Islamic Republic. Perhaps greater antagonism with the West could push Moscow and Tehran further to find a fitting formula regarding Iran’s far more substantive cooperation with the EEU. Until then, though, both states will remain mainly content with the broader opposition to the liberal order than advancement of ties.