Ruling Team Members, Opposition Deputies Confront Each Other in the Tbilisi City Council 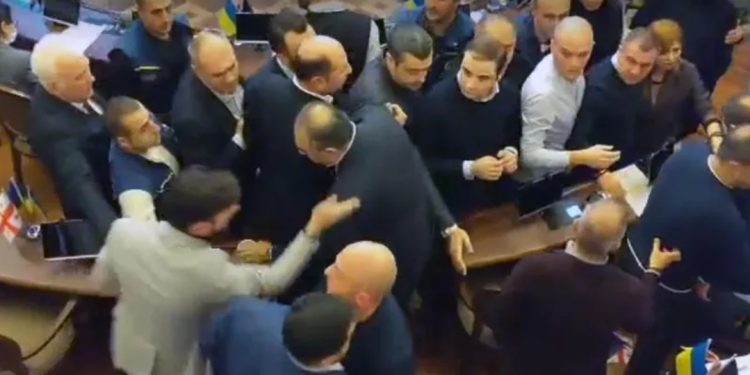 There was tension in the Tbilisi City Council. Members of the Council from Georgian Dream and the opposition confronted each other.

The confrontation started in the corridor of the Council and continued in the session hall.

The confrontation between the MPs was the result of a dispute that started on the issue of the Vake Park tragedy, as the opposition MPs blame it on the indifference of Mayor Kakha Kaladze and the City Hall.