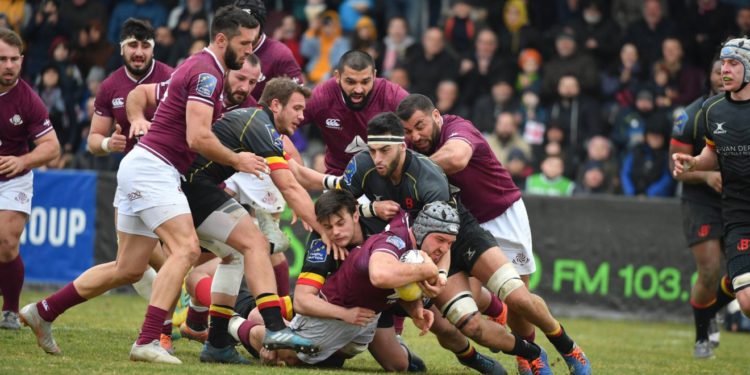 I was nine years old when I became truly aware of the power of Rugby. The World Cup was held in South Africa, it was 1995, and the “World in Union” was on a continuous loop in my head. I still remember naming every country just from their logos on a T-shirt my Dad had bought for me, the easy ones – England, Australia and New Zealand – and the ‘unknowns’ to me, like the Ivory Coast or Japan. I found myself cheering on those lesser-known teams, the underdogs showing grit and determination in the face of overwhelming adversity. But at the same time, also watching with awe at the ball skills of the South Pacific teams and the quality of the Southern Hemisphere teams, a far cry from the cold, frozen pitches that I was becoming used to.

I quickly became engrossed in the tactics and the play of ball in hand rugby. I began to understand the game and incorporated it into my own style of playing. I watched as much rugby as I could, getting up early at weekends to watch the Super Rugby, waiting in anticipation for the 1997 British Lions tour, and then another agonizing two years until the next World Cup.

Although I watched a lot of rugby both on the television and in person, I never lost the urge to support the minnows and to enjoy the game as it was intended. I started secondary school in 1997, and by the time the 1999 World Cup came around, I was living and breathing the sport.

1999 solidified this for me as I watched Namibia run out onto the pitch at a World Cup for the first time; unlike in 1995, I now saw what an amazing thing it was for this small county to be able to compete, not just in rugby but for the entire political climate. They became my team to watch, and as the 2003 World Cup drew closer, I prepared to cheer on this great nation.

2003 came around in a flash, the millennium bug was old news and I had left school. I was an adult. I could legally drink, and the World Cup was coming up again. Step up, Georgia!

There was a new name in the pool I was interested in, a country called Georgia. They were to play England, Samoa, South Africa and Uruguay. Not an easy group: three power houses of international rugby. Who were Georgia? I quickly looked them up and saw they had failed to qualify previously in the last two World Cups. A new underdog I could follow that were gaining in strength, or just a flash in the pan?

England, although my country of birth, did not play a style of rugby I enjoyed, and to this day still don’t. As both countries stepped out onto the pitch, I found myself drawn to this new team. I was keen to see how they played, as although they were Northern Hemisphere, they demonstrated a playing style that could rival that of the Pacific teams; the black and purple jerseys in stark contrast to the white of England. Although the score board showed a huge defeat, I was locked in. They played poorly, they had no shape, but paradoxically, they had passion and never gave up or let their heads drop.

The following World cups of 2007, 2011, 2015 (that year Georgia even played at my home stadium of Kingsholm!) and in particular 2019, I made sure I followed their progress. To my surprise, they seemed to be getting better – learning and adapting to world rugby. They even beat my first love Namibia by one point in 2015!

My passion for rugby deteriorated from around 2007 after I was injured and unable to play myself, ever again. It hurt me to watch the game, so I kept to the big tournaments. I even dropped off watching the Six Nations and only watched key games. However, there was a rumble coming from the East, a team who had been dominating the European Cup year in year out and were banging on the door to be part of the Six Nations set up. It was that team again – it was Georgia! Then in 2020, Amazon Prime held the Autumn Cup, the first of what I hoped to be many. Once again, I was interested in how they would fare, a Tier Two international team against a roster of Tier One teams. I didn’t think they stood much of a chance, but I loved the fact that they had huge opportunities to learn, to gain exposure and experience in the high pace of tournament rugby. Georgia did not disappoint: every single game they played with heart and determination. The skill levels and experience were low, but the will to play was very much there. I enjoyed every second of their matches and cannot wait to see more.

As a fan of rugby, a previous player and now a ‘couch coach’, I think Georgia could benefit from taking part in many more structured tournaments like this, and for their players to participate in club rugby. But also, for the team to look at ‘training’ via means of playing Rugby League and especially investing in their sevens game. These measures will help both the line and their ability to judge the game on the ground.

Since 2003, Georgian rugby has come on leaps and bounds, with additional media coverage and, with the right coaching staff pushing them, I believe they can be a force to be reckoned with. Apart from Namibia, I am not sure if there is another team in the world that has such heart and willingness to put their bodies on the line. I’ve recently looked more into Georgian history, politics and geography, and can fully understand where this mind-set comes from.