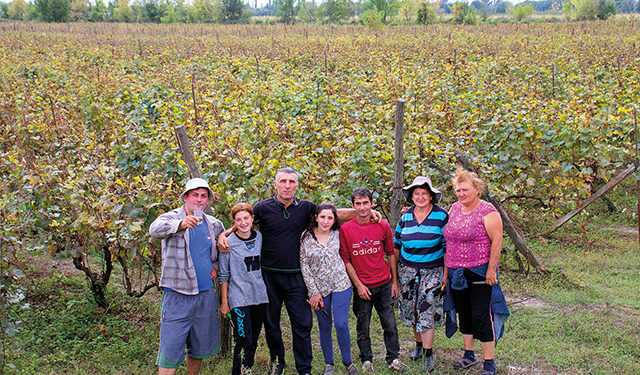 The advantage of having in-laws at the other end of Georgia from where my wife and I live is the change of location we make several times a year. This September, taking advantage of online schooling being doable anywhere, we made a short trip to Leliani, Kakheti, from our home in Etseri, Svaneti. It was the grape rtveli.

Every trip into or out of Upper Svaneti entails an automatic movement through one season. Now, as snow was coming and going on the mountaintops around us in Svaneti, and leaves were returning to their un-chlorophyllated colors and the cold was settling in, our journey down saw us shedding an outer layer of clothing, opening the car windows, and relishing the relative warmth of the lowlands. From mid-fall to late summer!

I would not risk this trip on public transport at the moment, with too many people still ignoring or defying the rule to mask up for whatever reason. But driving just the two of us, with almost no other human contact at all on the way, it became a minimized risk.

Being able to bypass both Kutaisi and Tbilisi thanks to the new roads sped things up considerably, and we made the crossing in less than 9 hours. This will improve much more in future, when the bottleneck of the Rikoti Pass is doubled in road-width by the huge Chinese project now going on there. Plus, the cross-country highway with its 110 km/h speeds and two lanes in each direction is still being extended, farther each time we use it. Now, if they could just get the BOVINES off that highway: hitting one at speed would leave both animal and vehicle very badly off. 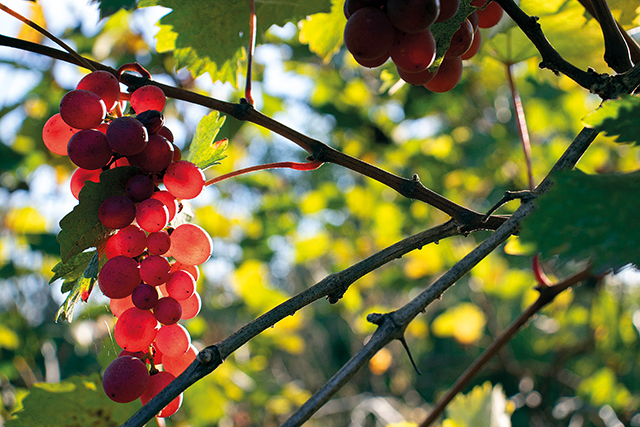 The main grape harvest, which is such an important event in the calendar of Kakheti, had already largely happened, but our family left us a few vines of a sweet white variety to pick and take with us. I also crashed the very end of some neighbors’ rtveli, and took a few photos for the memory. Other things in season in the very fertile province included walnuts, apples, apricots, persimmons, plums sweet and sour, pears, cherries sweet and sour (black and white), tobacco, long cornelian cherries, hazelnuts, figs (not pigs, as my wife called them once!), peaches, strawberries, cantaloupes, watermelons, honeydews, quinces… and much more. No wonder the legend calls Georgia the land God was keeping for himself!

I used the garlic press instead of a small hammer to shell some hazelnuts, and my wife and her sister had time to make churchkhela for me, the nuts needle-threaded into strings and dipped into flour-thickened grape juice, a favorite Georgian natural sweet. I would love to see this done with other juices as well. Note to self: Try it!

Lali’s family are fine, untouched as yet by The Virus, thank goodness, but it has been up and down their street, which is also suffering from a major lack of young people and families. Covid is now starting to get personal for both my wife and me, as we know people who have not only caught it, but died too. We join the ranks of the afflicted. At least we have both got vaccinated and are only receiving guests to stay in similar condition, and only masked people into the shop. We can’t control much about this thing, but there are some things we can. 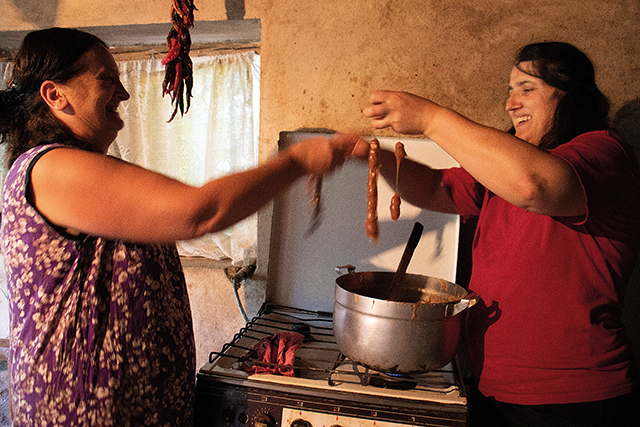 Returning to Upper Svaneti, we saw that new snow had come while the trees lower than it had not even got close to finishing their color turns. Snow had come all through our village, too, and already melted, but it is a portent that once again we have changed seasons. Now, our own rtveli awaits: plums, pears, pumpkins, beets and potatoes. Georgia rewards the diligent!