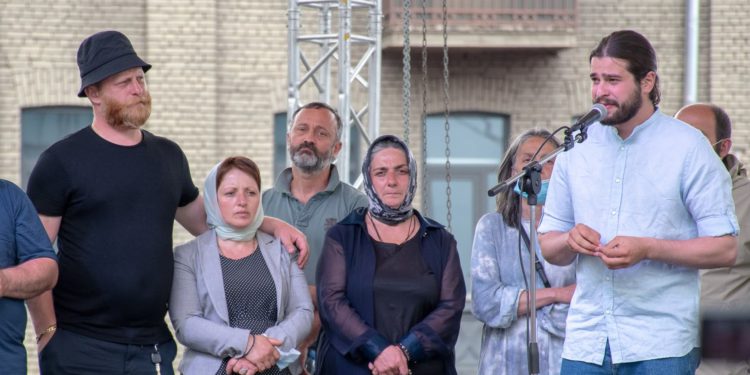 The Rioni Valley Defenders join the rally organized by the Patriarchate of the Georgian Orthodox Church against the ‘March of Honor’ planned within the framework of the ‘Tbilisi Pride.’

“We responded to the call of the Patriarchate to gather against the propaganda of a non-traditional lifestyle and from that moment the main organizing group made this decision,” said Marita Museliani, one of the movement’s founders, in an interview with Netgazeti.

The leadership of the movement against the Namakhavani HPP note that they are “against the Pride and not against the LGBTQ people in general.” Also, they say they condemn violence and raids.

“We have no connection with party unions.

“I do not know who organized the rally on Rustaveli Avenue. We know that the Patriarchate called the parish against Pride. We emphasize that we are against Pride and not LGBT people in general.

“So we have shared this call and we are going to Kashveti Church (where the anti-pride rally is scheduled) as planned by the church,” Museliani added.

‘Rioni Valley Defenders’ issued a statement against the Tbilisi Pride a few days ago.

Earlier, the Patriarchate called on the population to gather at Kashveti Cathedral on July 5.

“We appeal to the population to protest peacefully and not to resort to provocations aimed at violent confrontation.

“On July 5 this year, at 5 PM, let’s gather at St. Giorgi’s Church of Kashveti to offer a prayer to the Blessed Virgin Mary and show the world that we protect our dignity and that any forced upon attempt at degeneration is unacceptable,” reads the statement.

Further, the Patriarchate said the “drastic interference of some embassies and MEPs in public and spiritual life is disturbing and unacceptable.”