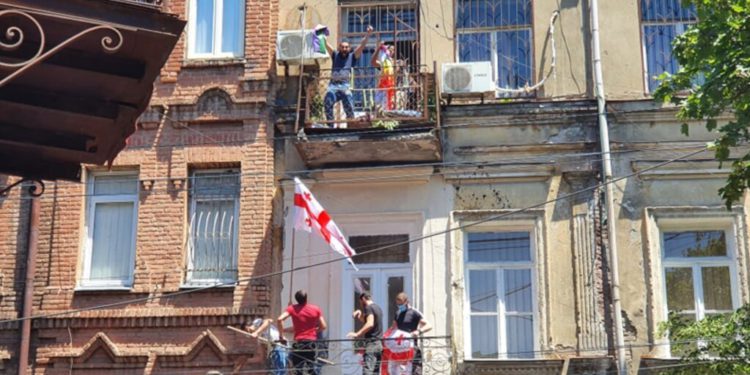 Representatives of homophobic groups, who have been violent and aggressive against citizens, including journalists, on Rustaveli Aveune since the morning, broke into the Tbilisi Pride office from the balcony.

They tore down the LGBTQ flag hanging from the balcony.

The members of the organization say no one was in the office during the raid. Earlier, representatives of the same groups raided the office of Shame Movement for supporting the Tbilisi Pride.

“Pride Week” is held in Georgia from July 1-5, and the March on Honor is scheduled for today, July 5.

The Prime Minister of Georgia, Irakli Garibashvili, made a statement regarding the ‘March of Honor’ and noted that today’s rally poses a threat of civil strife because holding such a rally is unacceptable for the majority of the population.