Right to Visit Saakashvili in Prison Stopped for MPs 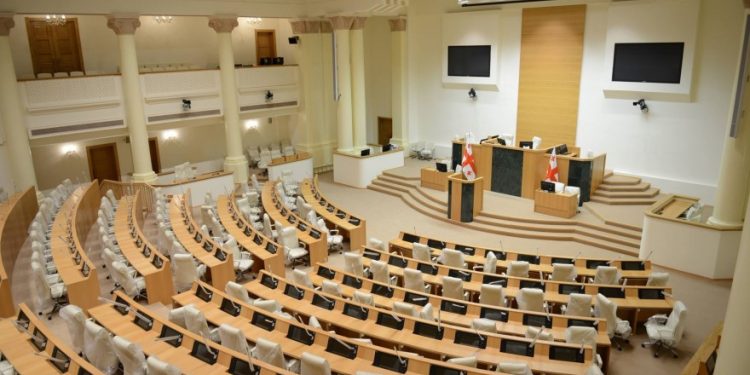 The cabinet of the Chairman of the Parliament of Georgia published a letter noting the right to enter the penitentiary without a special permit to visit former President of Georgia, Mikheil Saakashvili is suspended for members of Parliament.

“In a letter dated 27 December 2022, the Minister of Justice informed the Chairman of the Parliament of Georgia about the tightening of security measures by the Special Penitentiary Service, including in terms of meetings, in order to protect the safety and legal interests of convict Mikheil Saakashvili and requested that the said circumstance be considered while making a decision on the issuance of permits to members of the Parliament.

It should be noted at this point that in addition to the Special Penitentiary Service, the conditions under which the convict is serving his sentence are being monitored, first and foremost, by his lawyers, who have made 533 visits to Mikheil Saakashvili to date. In addition, active monitoring is being carried out by the Public Defender and her representatives, who can visit any prisoner at any time of day. They have already used this right in relation to Mikheil Saakashvili on 57 occasions. Correspondingly, the effective monitoring of the conditions under which Mikheil Saakashvili is serving his sentence has been fully ensured.

Based on the above, by the decision of the Chairman of Parliament, the granting of the right to enter the penitentiary without a special permit to visit convict Mikheil Saakashvili is being suspended for members of the Parliament.

In addition, the permits issued as of today for the week of 2 January 2023 shall remain in force.”

Tags: Former President of GeorgiaMikheil SaakashviliThe cabinet of the Chairman of the Parliament of Georgia
ShareShareTweet