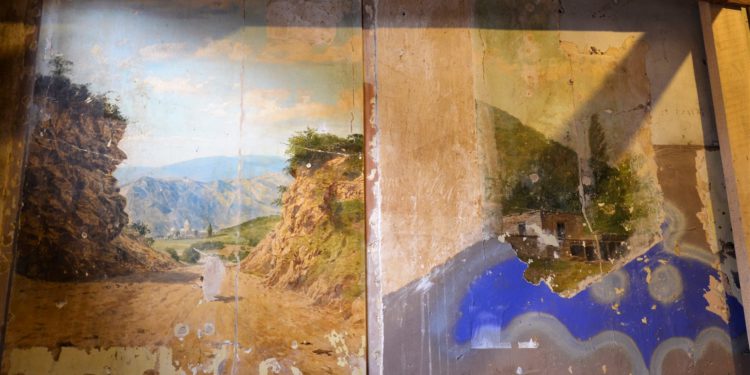 During the restoration work of a Tbilisi entrance hall, a hitherto unknown wall painting has been discovered, reports the Tbilisi Development Fund.

Tbilisi Development Fund, within the framework of the project “New Tbilisi,” is carrying out restoration works on historical entrances located at 23, 29, and 31 Atoneli street.

During the restoration works of the entrance at 31 Atoneli street, a wall painting was discovered, which until now was covered with a layer of paint.

The discovered wall painting is distinguished by the fact that there are typically no paintings on Georgian themes in Tbilisi entrances.

At this stage, cleaning works are underway, after which additional information about the new discovery will be released by art critics.