Reno, Tbilisi (As in Renovation) 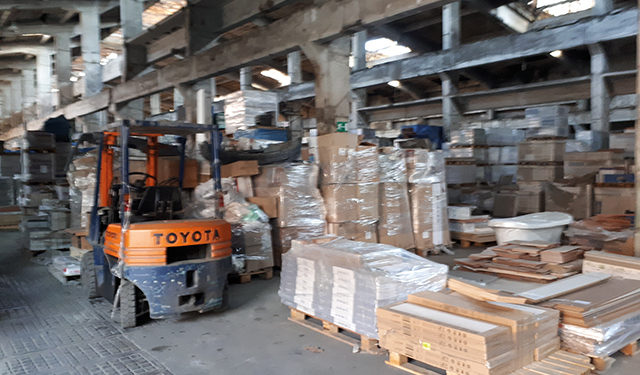 It’s been good to have a few days away from the Svaneti winter while I consider the complete replacement of the kitchen of a flat of ours in the Big City. My wife is still in Etseri, but another volunteer young people’s team is with her, and all is fine there. Winter continues to be relatively mild, even prompting a much too early appearance of buds on trees, for which they may well sadly pay later, when frosts return. At least the water pipes have not frozen this season, which might be a winter first if it continues thus.

We have friends who are in the construction and renovation trades in Tbilisi, and they connected me with the workers who will do the actual job. Then we went to the flat. Its kitchen is something I genuinely hate, being very old and run-down, in rather appalling condition. Everything must go, from torn-up linoleum floor to all furniture and plumbing- the lot!

Other workers had just installed central heating in this apartment, so this is already a big step in the right direction of making it much more comfortable to live in. We considered furniture positions and payouts, counters and cupboards, made a lot of measurements, then went on the next day to actually choose materials.

Our budget for this is middling: we don’t need solid wood cabinets and granite countertops. Fortunately, there is a wealth of choices for such an outlay. The workers know exactly where these shops are, often in more industrial parts of town which you might drive by all the time and not look at twice. But the materials are well presented and enable you to make quick, coordinated decisions. Some of the storage facilities are old abandoned factories, now repurposed to great effect as enormous warehouses with forklifts patrolling them.

I took photos of the basic materials with my camera as we went along. Floor tiles, wall paint, some decorative tiles near the sink. These gave me a base set of colors to work with as I considered the next items. What colors and materials for the cupboards, upper and lower, and countertops? My color scheme is greens, yellows and beiges. We chose different hues for upper and lower cupboards, considering how it would all tie together, then added door handles, a pull-out bottle drawer, sink and faucet set, and we were done for the day.

Now the workers will measure everything up and give me a price for their work, plus a time estimate to finish it all. This will have to include tearing out the old wallpaper and cupboards, and lots of carting rubbish to the dump just to get it out of the way and not clutter the stairways with it all, as too many of my neighbors do.

I have the color set in my head as well as in photos to send to my wife, although she has given me the green light to do what I want within our monetary parameters. This is unlikely to be our long-term retirement flat, but we do want it to be nice enough for renters to want. Anything has to be better than the old kitchen, though, which while useable was just not pleasant to spend time in!

My philosophy remains to buy the best that we can afford, rather than the cheaper things which will need replacing sooner anyway. In a place where both humidity and changing temperatures are factors, such as a kitchen, this is important. I can now do my last-minute shopping for Svaneti, and then leave on the long minivan-bus trip home tomorrow knowing that things are being taken care of. And then we will just have to be patient to see the finished room.