Professor Derlugian on the Aftermath & Implications of the Second Karabakh War 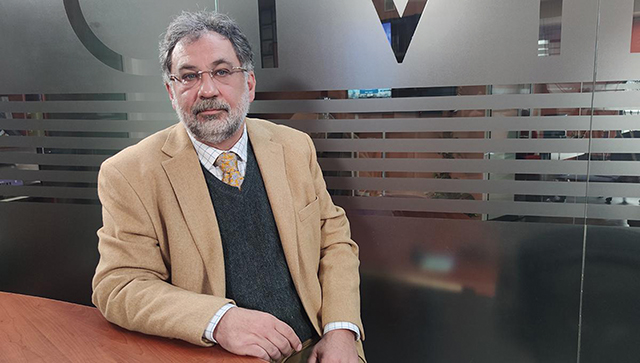 “If anything, the Second Karabakh War revealed that the whole region is much closer to the Middle East than the far-away West.” – Professor Georgy Derlugian

This week marks three months since the second Karabakh war truce was declared. And as the dust settles, it is becoming increasingly apparent that despite all the Russian post-war swagger, the power balance is not the same in the South Caucasus region. Professor Georgy Derlugian of New York University Abu Dhabi, has written extensively on the matters of post-Soviet conflict ever since the turbulent 90s. GEORGIA TODAY sat down with him to talk about the second Karabakh war and its implications for the region.

“Russia is obviously not a winner in the South Caucasus, not at the moment,” the Professor tells us. “For the first time in two centuries, the historically Russian sphere of influence was successfully invaded and the invasion proceeded to an almost total defeat of Russia’s client state. Conspiracy theories proliferate, as they always do in such confusing moments. Yet it defies credulity that the splendidly named Mr. God Nisanov could buy in the Moscow’s upper echelons more than a tacit protection of his own bazaari interests, or, for that matter, that Mr. Putin really believes in the nefarious powers of George Soros over the hapless Armenian populists.”

The public pronouncements from SVR chief Naryshkin; the Kommersant newspaper’s detailing the presence of Turkish advisors and Syrian mercenaries; the marathon night talks in Moscow on a ceasefire immediately broken, the Russian military helicopter shot down in the last moment. Was it all a charade or really about Karabakh?

Moscow is now trying to wrestle a longer-term victory from the jaws of a short-term defeat. For a while, it seemed the Russian strategic thinkers could not decide whether they should risk a confrontation with the brazenly assertive Mr. Erdogan (of course, it was him) or cut the losses and find virtues in a newly-found isolationism. Russia first, Russia alone — but where does it end for them?

Hardly by chance, Mr. Putin in the last month has thrice invoked the 1988 pogrom in Sumgait. This could not be merely a nod to the Armenians. Mr. Putin sees his historical mission in reversing the effects of Soviet collapse, and at least not allowing its repetition. The USSR did not collapse because of the arms race with the West, the defiance of Poland, or the internal democratic movement. The trigger was in ethnic conflicts that Moscow could not control. The chain reaction started in February 1988 in Sumgait, which was, by all evidence, a spontaneous event. The indecisive reaction of Mikhail Gorbachev, however, signaled that ethnic violence could usefully serve to disrupt central control and undermine Moscow’s local prefects. Such considerations could be behind Mr. Putin’s sudden decisiveness on Karabakh.

Moscow’s donations-based approach towards Abkhazia and South Ossetia, and now possibly Karabakh too: is it a gain or a loss?

Do you mean economic aid? I do not know in any detail the economic situation in Abkhazia, but you might be right: it is not self-sustaining and thus a burden on Russia. Such burdens, however, might not be large in the grand scheme of things. By many indications, Moscow is now intent on making at least Armenia economically sustainable by opening up the railroad connections closed in the last thirty years and, of course, imposing more Russian control points.

Armenia is now essentially a military protectorate, and even more so Karabakh. But the best protectorates are those which can pay for their upkeep. The Soviets were never good at this: it was a command economy of local bureaucratic bargaining for subsidies (recall how Soviet Georgia functioned). Good precedents are found on the other side of the Cold War divide. Think of South Korea or Israel. Speaking of command economies, Israel was also a socialist state, in many respects much more socialist than the USSR. The United States offered Korea and Israel the opportunities which were taken, to a great effect. There is much literature in the historical political economy about how exactly certain (usually small) countries could have exploited the situations of their geopolitical protectorate to advance their economies. My colleague Dan Slater, after comparatively studying the post-1945 performance of East Asian countries, wryly concluded that nothing concentrates the minds of elites better than a gun pointed to their head. It seems that Armenia now meets this historical condition. Will the Armenians manage to come up with more effective elites? I do not think that Moscow would mind, given what they now face in Belarus or, god forbid, Kyrgyzstan.

Turkey entered the military arena in the South Caucasus for the first time in about 100 years. How does it change things?

Mr. Erdogan is a gambler who plays aggressively at several game tables simultaneously, really, anywhere he can insert himself. Moreover, his style is vertiginously aggressive and opportunistic. Had this been football (and we know he is a football fan), such a game would have provided a great spectacle. But since Mr. Erdogan is a dictator presiding over an internally divided and geopolitically surrounded country, with potentially vulnerable finance; because he has made myriads of enemies and continues making them at a breathtaking rate, I would not bet on Mr. Erdogan. His recent foray into the South Caucasus is likely to remain an episode that might not last.

Azerbaijan’s strategic patience and militarization approach enabled them to achieve the target they wanted. Is it a demonstration that it’s the way to go for other countries?

With a family name like mine, am I in a position to afford doubts in Azerbaijan? What you call strategic patience rather seemed indecisiveness, if not worse. Baku held the military advantages all along. The Armenians in the static defensive positions around Karabakh became sitting ducks. All those trenches elevated in the Armenian imagination to a matter of patriotic faith could not be abandoned for either a counter-offensive or tactical retreat. The Armenians in Karabakh got stuck, while Baku was shopping for military hardware. Still, it took an external game-changer to finally dare to realize the strategic advantage. Mr. Erdogan at the recent victory parade in Baku stood tall as big brother watching. It was probably easy to get him in, but how do you get him out now? By letting a Russian military garrison next to the Turkish one on your own presumably sovereign territory?

What is the future for Karabakh and its status?

This one’s easy: creative ambiguity, as the Western diplomats call it. The Russian troops will stay in Azerbaijan and in Armenia as long as Karabakh exists and there are ethnic Armenians there surrounded by Azeris. Which means forever, i.e. another 25–50 years, which for many of us means forever.

What are the lessons for the West on how games are played in this region?

No lessons. Presumably, the Western diplomats and military, as good professionals, know it all and understand it all. Their (in)action is a matter of political will and strategic possibility. Evidently, they see in the Caucasus neither much opportunity nor much threat. The Western politicians might want to cut to size either Mr. Erdogan or Mr. Putin, depending on their current assessment of the world situation. But could they? This is an earnest question, what can they afford to do?

And the impact for Tbilisi?

For now, everyone in the South Caucasus will have to exist in the geopolitical orbits between Moscow and Ankara. If anything, the Second Karabakh War revealed that the whole region is much closer to the Middle East than the far-away West.

It seems, however, imperative to stop thinking solely as being someone’s periphery and under something’s impact. Georgia, or all of us, must find ways to rationalize the governance structures, to get out of the usual local politicking, to build more attractive countries. Historically, it has never been safe or easy living in the Caucasus. Yet the legend of Caucasus life somehow emerged and became a reality, because art, film, lifestyle, food and wine create their own ephemeral yet also lasting realities. Why? Because humans need emotions. It is crucially important to learn to generate good emotions. Take my sociologist’s word for it.

I think the Georgians can be quite safely assured they will remain a transit country, since the Nakhchivan corridor appears in a very uncertain proposition if one looks only at the physical map. And that is before we even start considering the political projects and actual economic potentials of Armenia and Azerbaijan, Turkey and Russia, Iran and China. This question needs another conversation, and I am afraid I am not an expert on this. There might not be anyone in the world right now who really knows such answers.

Regarding Georgia, the question is in what geographical directions will your territory be traversed? East to west, north to south, or both, and also diagonally? And how much do you benefit from those transit routes? This is an earnest question to which I would like to know the answer myself.