President of Georgia Meets with Charles Michel in France 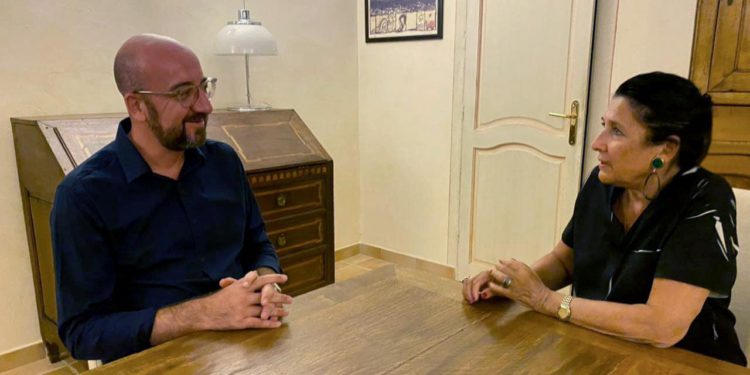 “The President of Georgia and the President of the European Council Charles Michel held an informal meeting to discuss developments in Georgia,” reads the statement on Zurabishvili’s Facebook page.

The statement did not specify the time or place of the meeting, but as the Presidential Administration reported, the meeting took place on July 28 in France.

The topics of discussion and results have yet to be announced.

Chairman of the Georgian Dream party, Irakli Kobakhidze, yesterday made an announcement, stating the agreement  of 19 April mediated by the President of the European Council Charles Michel was being annulled.

“Although more than half of the opposition MPs did not sign the agreement, we see that our international partners do not consider it necessary to strongly urge the radical opposition to sign the document and participate in its implementation.