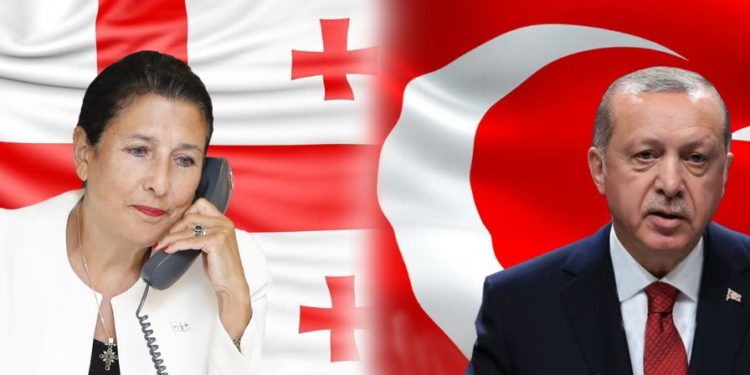 The President of Turkey expressed his gratitude for the support and solidarity and noted that Georgia is not only a neighbor and strategic partner of Turkey, but also a friend, and this great friendship was reaffirmed by Georgia during the difficult time.

The sides discussed the importance of Georgia-Turkey bilateral, strategic relations, their development, and the need to deepen the existing capacities in the fields of infrastructure, energy, and transport.

Salome Zurabishvil has invited the President of Turkey to pay an official visit to Georgia.