President: I Categorically Condemn the Undignified Behavior of Kobakhidze – This Only Reveals Political Weakness 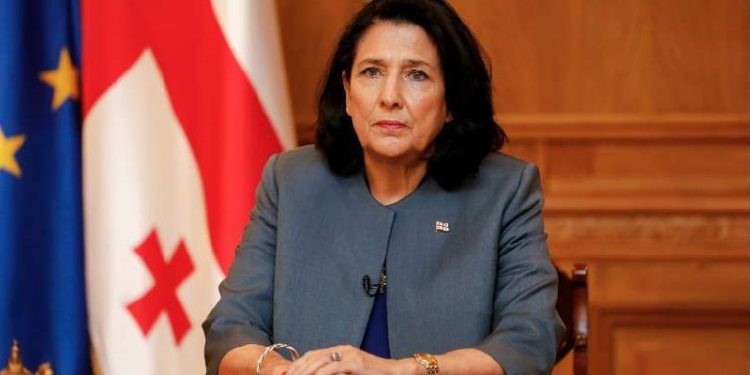 The President of Georgia Salome Zurabishvili condemns the remarks made by the chairman of Georgian Dream Irakli Kobakhidze to a journalist and calls it “undignified behavior”.

The President published a statement about this on the social media.

“This only reveals political weakness!” Salome Zurabishvili wrote on Facebook.

“Just as Arakhamia is not a man, so you are not a woman either. You lost a face,” Irakli Kobakhidze, the chairman of Georgia­n Dream, told a journalist, who asked him a question regarding the recent interview with Davit Arakhamia, the leader of the ruling faction of the Ukrainian Rada.

“KGB agent is your father, I can tell you that… It’s a shame, you lost a face… Stop trembling, you lost a face. You too are David Arahamia, just as Arahamia is not a man, so you are not a woman either. You lost your face, is politics worth it? It’s a shame… you lost face for the sake of the UNM. You are no longer a woman… you have lost the face of a woman… when you speak, clean your mouth… you have a mouth like Saakashvili, you look like your leader in every way. You look like Saakashvili even with your mouth… You are shameful…,” Kobakhidze told Mtavari TV journalist.

For the record, Davit Arakhamia, the chairman of the People’s Servant faction of the Rada of Ukraine, spoke about Irakli Kobakhidze in an interview with Mtavari TV. Arakhamia noted that he did not know who Irakli Kobakhidze was, but after searching for information, he found that Kobakhidze’s father is KGB agent.

Related Story: GD Chairman to a Journalist: KGB Agent is Your Father – When You Speak, Clean Your Mouth