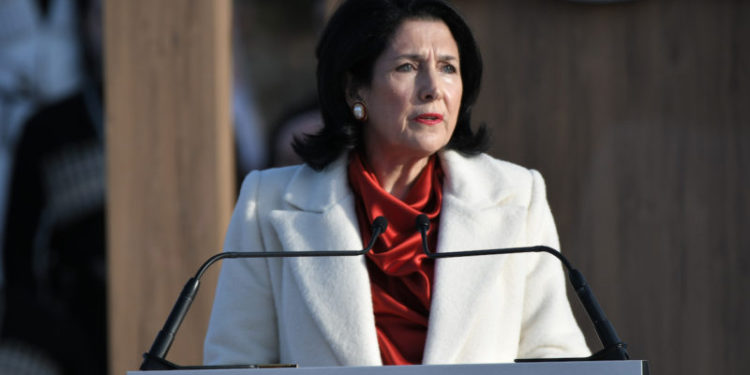 The President of Georgia Salome Zurabishvili demands the return of the Ambassador of Georgia to Ukraine. Zurabishvili stated about it during her speech at the extraordinary sitting of the Parliament.

The President expressed solidarity with the Ukrainian people and noted that for this solidarity she believes that the return of the ambassador should take place immediately.

“I do not want to end this speech on April 9, which is the day of strengthening our independence, and not to mention the current struggle of our Ukrainian friends; I want to express solidarity with them. I consider it a sign of this solidarity today that we urgently return our ambassador to Kyiv,” Zurabishvili said.

It has been almost a year since Georgia recalled its ambassador from Ukraine.

The Ministry of Foreign Affairs of Georgia announced on May 8, 2020, that it had recalled Ambassador Extraordinary and Plenipotentiary Teimuraz Sharashenidze from Ukraine to Tbilisi for consultations.

This decision is related to the appointment of the former President of Georgia, Mikheil Saakashvili, as the Chairman of the Executive Committee for Reforms in Ukraine. This committee is part of the National Council for Reforms.