Police Arrests Person who Broke into Bank of Georgia 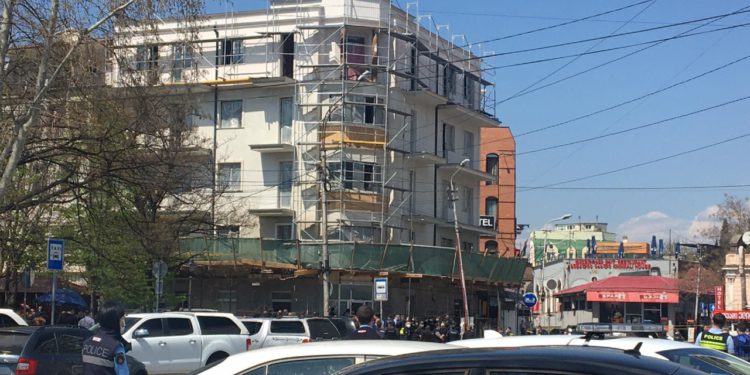 Today, on April 16, an armed person broke into a branch of the Bank of Georgia near Avlabari. He has already been arrested and 7 hostages been released. None were injured.

The population was evacuated from the surrounding area.

“Today, a branch of the Bank of Georgia in Avlabari was attacked. The attacker took hostages. As a result of active investigations, the attacker was arrested and the hostages were released. No-one was injured. An investigation has been started. Active investigative actions are underway at the moment. I am not able to provide you with accurate information about the claims of the attacker, the number of hostages, and other details at this stage. We will make additional comments, ”said Vazha Siradze, the head of the police.