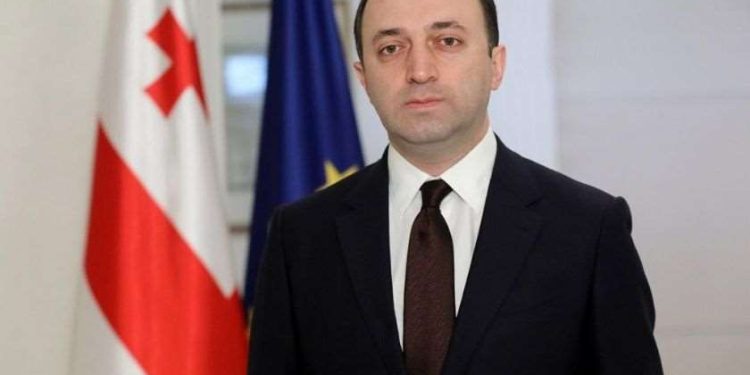 The Prime Minister of Georgia, Irakli Garibashvili, claims that talking about Bidzina Ivanishvili managing and controlling the Government and Parliament is “a complete farce and absurdity.”

The statement released by the Prime Minister reads that the intervention of the founder of Georgian Dream, Bidzina Ivanishvili, in the affairs of the Prime Minister was denied by his predecessors, Giorgi Gakharia and Giorgi Kvirikashvili, even after they left the team.

“I consider myself obliged to the society to respond to the campaign launched by our internal and external political opponents regarding the so-called de-oligarchization, which, on the one hand, is a completely unsubstantiated accusation against Bidzina Ivanishvili and, on the other hand, aims to discredit the current governance system in Georgia.

“As they have no evidence of Bidzina Ivanishvili’s involvement in politics, their so-called main “evidence” of oligarchic rule is the fact that I and several leading members of our political team entered politics under his leadership.

“First of all, I will recall that I joined the Cartu Group through an open competition and that’s how I met Bidzina Ivanishvili. Naturally, as the director of the Cartu charity foundation, I had a close relationship with him. At that time, a friendly relationship was established between Bidzina Ivanishvili’s family and my family, which makes my whole family particularly proud.

“I am also particularly proud of my personal friendship with Bera. I would like to explain to the public that our families have periodic communication with each other. For example, recently, my wife has received advice from Bidzina Ivanishvili’s wife regarding a certain medical issue. If I had a similar communication with Bidzina Ivanishvili from time to time, naturally, there would be nothing wrong in that either.

“When Bidzina Ivanishvili announced his entry into politics in 2011, I did not hesitate for a second. Of course, I was aware of the risks associated with my decision. However, not only because of my attitude towards Bidzina Ivanishvili, but also because of the country’s interests, I decided to actively participate in the struggle for democratic transition,” Irakli Garibashvili says in his statement.

The Prime Minister claims that Bidzina Ivanishvili does not even know many ministers.

“In such conditions, an objective observer can only have a theoretical suspicion Bidzina Ivanishvili could be involved in making any specific key decisions. In today’s situation, there can be only two such key decisions: not to impose sanctions on Russia and not to involve the country in the war,” notes Irakli Garibashvili.