PM: Peace, Stability and Prosperity, Three Words that Unite Countries of this Region 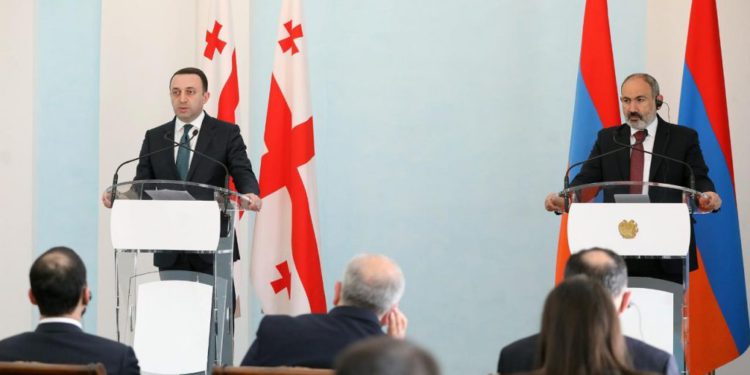 “I would like to summarize our common regional goal in three words – peace, stability, and prosperity, which unites us, all three countries, the countries of the region,” stated Georgian Prime Minister Irakli Garibashvili at a briefing during Prime Minister of Armenia Nikol Pashinyan’s visit to Georgia on September 8.

The PM congratulated Pashinyan on winning the elections and noted that this is a good opportunity to start a new era for Armenia and the Armenian people.

“The Karabakh War was certainly a real challenge for our region, but now that I have become familiar with the Prime Minister’s new vision, I believe that this challenge will be transformed into a new opportunity, an opportunity that will bring prosperity to Armenia and the Armenian people. I would also like to say that the stability of Armenia is very important for us, both politically and economically, and it is directly related to the stability of our country and the region in general. Therefore, I would like to put our common regional goal in three words – it is peace, stability, and prosperity, which unites all three countries of the region,” he said.

Nikol Pashinyan thanked Garibashvili for his support of the return of 15 Armenian prisoners in June.

“I joke that during these two days I had more contact with the Prime Minister of Georgia than with our voters during the pre-election period. It was very important to establish a new level of personal relations and the atmosphere created in those days is a very good basis for more fruitful relations between our countries and government,” Pashinyan noted.