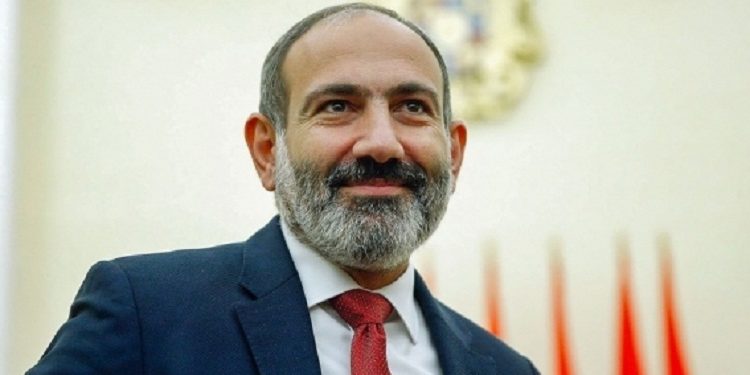 The European Union announced it welcomes the actions taken by Armenia and Azerbaijan and facilitated by Georgia that led to the release by Azerbaijan of 15 Armenian detainees.

Based on the statement released by High Representative Josep Borrell on the latest developments, “these are important humanitarian and confidence-building gestures by Baku and Yerevan that will hopefully open the path for further cooperation between the sides and the ultimate release of all Armenian detainees, as well as the handing over of all available maps of mined areas to avoid further civilian casualties.”

“The European Union and other international actors have actively encouraged moves in this direction and we urge further cooperation between the countries involved.

We will continue to promote a durable and comprehensive settlement of the conflict, including where possible through support for stabilization, post-conflict rehabilitation and confidence-building measures and reiterate our call on Armenia and Azerbaijan to reengage in substantive negotiations under the auspices of the OSCE Minsk Group Co-Chairs,” reads the statement.

MEP Marina Kaljurand welcomed the release of 15 Armenian detainees by Azerbaijan and thanked Georgia for facilitating this important step.

“I welcome yesterday’s release by Azerbaijan of 15 Armenian detainees, as well as the handing over by Armenia of maps of mines in the Agdam region. Thank you to Georgia for facilitating these important steps. I encourage both sides to continue on this path”, the MEP tweeted.

“Through the efforts of the Prime Minister of Georgia Irakli Garibashvili, our Georgian brothers, and partners from the European Union, our brothers have returned. They crossed into Georgia from Azerbaijan with the help of the Red Cross, and from there they entered Armenia through the Bagratasheni checkpoint,” stated Acting Prime Minister of Armenia Nikol Pashinyan.

“The US welcomes the release by Azerbaijan of 15 Armenian detainees. We’re grateful to the Government of Georgia for its vital role in facilitating discussions between the sides. Such steps will bring the people of the region closer to the peaceful future they deserve,”  the US Secretary of State Antony Blinken wrote on Twitter.

With the active participation of Georgian Prime Minister Irakli Garibashvili, and engagement from US Acting Assistant Secretary for European and Eurasian Affairs Philip Reeker, the Azerbaijani side has released 15 Armenian citizens, who were previously captured during the conflict, but now have returned to their families via Georgia’s territory.

Through the Georgian Prime Minister’s active involvement, the Armenian side also handed over to the Azerbaijani side important materials concerning territories with concealed mines.

Notably, through the efforts of Georgia’s strategic partner, the United States of America, and the active participation of Georgia itself in this process, an extraordinary step has been taken toward bettering the security architecture of the South Caucasus. This fact will give tremendous impetus to diffusing the tensions between Georgia’s immediate neighbors.

“I reaffirmed the readiness of Georgia to play the role of a mediator again to the leaders of both countries – I have high hopes that this process will continue and end with the achievement of common peace and stability in the region,” said Prime Minister Irakli Garibashvili.

“Irakli Garibashvili, congratulations for the humanitarian agreement reached between Armenia and Azerbaijan. Georgia is back to its historic mediator role, US and EU are back in the Caucasus, building confidence is the path to lasting peace,” the President wrote on Twitter.