PM Meets with State Minister of UAE for Economy and Trade, Discusses Cooperation between Two Countries 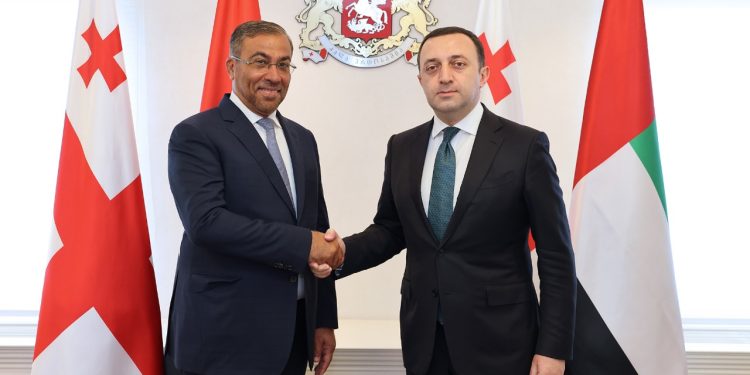 On September 13, during the visit, Al Sayegh met with the Prime Minister of Georgia.

The meeting was focused on the cooperation existing between the two countries in various areas of the economy. It was noted that the political dialogue pursued between Georgia and the UAE has advanced upward, as evidenced by the high-level visits to the countries.

Topics discussed by the dignitaries included the favorable business environment existing in Georgia. It was noted that a number of projects are being implemented in the country with investments from the UAE, and their increasing number is gratifying. It was also noted that preliminary talks will commence in the coming months for concluding a Free Trade Agreement between the nations. As the Prime Minister of Georgia noted, the establishment of a Free Trade Zone will create a supporting climate for promoting and advancing economic and trade relations between Georgia and the UAE.

Garibashvili expressed his gratitude to the UAE Government for granting a visa-free travel arrangement for the citizens of Georgia.

Al Sayegh pointed to increased economic cooperation between the UAE and Georgia, including through bilateral negotiations on a Comprehensive Economic Partnership Agreement (CEPA) to begin by the end of September. In this regard, he noted that UAE-Georgian economic relations have witnessed remarkable development in recent years, as total non-oil trade grew between 2020 and 2021 by 52 percent to reach $223 million.

During the visit, the two sides signed a Memorandum of Understanding (MoU) to establish the UAE-Georgia Joint Business Council, which was signed by Abdullah Al Mazrui, Chairman of the Federation of UAE Chambers of Commerce and Industry; Giorgi Pertaia, President of the Georgian Chamber of Commerce and Industry; and Tornike Zirakishvili, Deputy Director of Enterprise Georgia. The MoU aims to bolster coordination and cooperation between the private sectors of both countries, encourage economic exchange visits, and support bilateral commercial and investment partnerships.