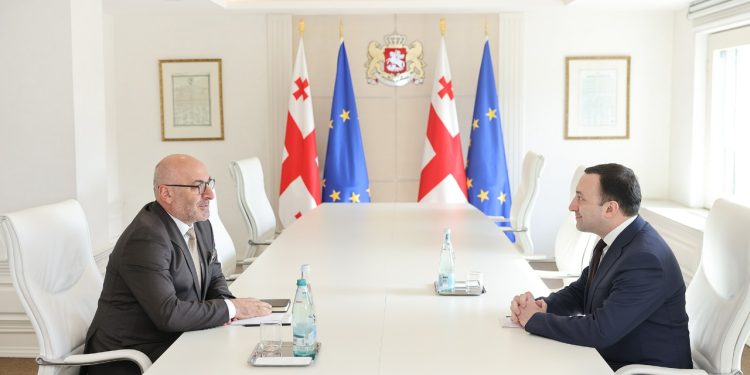 At the meeting at the Government Administration, the dynamic of the relations between Georgia and France and the prospects of their deepening were discussed.

Garibashvili congratulated Gocha Javakhishvili on his appointment to a new position and wished him success in his future endeavors.

Javakhishvili has years-long experience in diplomacy. Previously, he served as Georgia’s Envoy Extraordinary and Plenipotentiary to France. He made a tremendous contribution to the handover of the Leuville Estate and Chateau to Georgia. He has been awarded France’s National Order of Honor and Order of Academic Palms.