PM: Gov’t to Refrain from Taking Second Part of the EU Loan 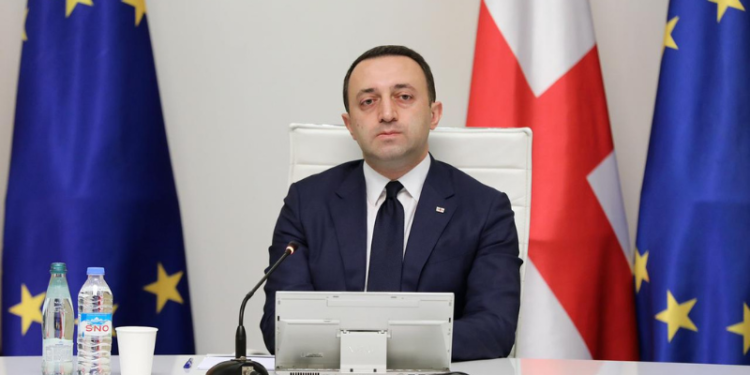 “In order to avoid any insinuation, we have decided to refrain from taking the second part of the EU loan,” Georgian Prime Minister Irakli Garibashvili told reporters in response to the statement made by Irakli Kobakhidze, Chairman of the Georgian Dream, on PalitraNews on the issue of macro-financial assistance of the European Union.

“I will remind the population that this is a loan, part of which we took in 2020. 75 million euros was the second part of the loan, which was not a grant and assistance,” the PM told reporters on August 31.

“This year, since we started reducing the foreign debt, in all probability, it will no longer be necessary to receive this amount. We are grateful for all the help the EU has given us during the pandemic and in general for everything they are doing for us. We will continue to move in this direction,” he added, noting that explanations will be made by the Ministry of Finance later.

Irakli Kobakhidze, the chairman of the Georgian Dream, said on PalitraNews yesterday that receiving macro-financial assistance from the European Union is no longer a financial necessity, as the economic growth has accumulated an additional 1 billion GEL in the budget.