PM: Georgia is Ready to Promote Dialogue between Azerbaijan and Armenia 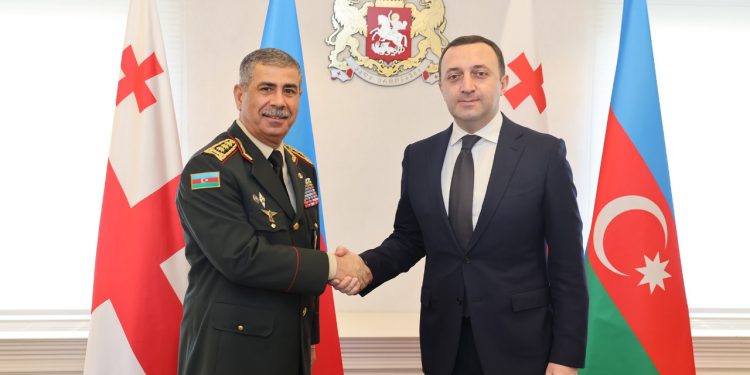 The parties discussed the partnership between the two countries and the agenda of future cooperation.

Attention was paid to the visit of Azerbaijan’s President Ilham Aliyev to Georgia in October 2022. According to the head of Georgian Government, this visit reiterated the good-neighborly and friendly relations and the enormous potential between the two countries, especially in the trade and economic directions.

The conversation touched on the importance of ensuring stability for the welfare of people and the development of the region. The Prime Minister once again pointed out that Georgia is ready to continue promoting dialogue between the two neighboring countries in every way possible.

Garibashvili thanked the Azerbaijani side for firmly supporting the country’s territorial integrity and sovereignty.

The parties reviewed cooperation between sectoral structures and infrastructural projects of regional importance.

It was noted that 2022 marks the 30th anniversary of diplomatic relations between Georgia and Azerbaijan.