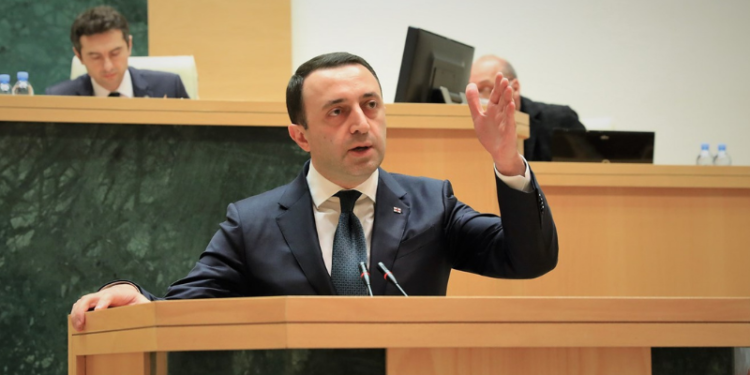 After discussing the 10-year plan of the country’s regional development at the Ministry of Regional Development and Infrastructure, the Prime Minister of Georgia told some of the gathered journalists that they were “abusers,” thus responding to the media protests regarding the July 5 violent events, the government’s weak response, and the death of TV Pirveli Cameraman Lekso Lashkarava.

“If you do not stop this destruction, not only me but the entire government team will stop communicating with you. You are simple abusers,” Irakli Garibashvili told reporters.

A number of journalists and activists demand Garibashvili’s resignation due to the violent events of July 5-6, as they believe that the Prime Minister encouraged the violence by making anti-Pride statements.