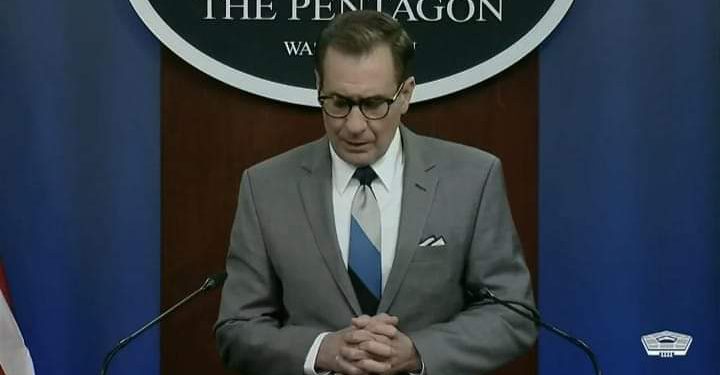 “No-one should be deceived into believing that Russian forces are leaving the Kyiv area,” Pentagon spokesman John Kirby says, noting that “there was a withdrawal of small Russian forces, which is actually a rotation and not a retreat.”

The Pentagon spokesman said large-scale attacks were expected in other parts of Ukraine in the coming days. At the same time, the threat remains for Kyiv.

Last night, one of the biggest rocket attacks felt so far in Ukraine was carried out, most of the ballistic and cruise missiles being launched from the territory of Belarus.

Yesterday, Russia claimed it would reduce its attacks on Ukraine as delegates from the two countries met for their latest face-to-face peace talks in Istanbul.

Moscow said it would reduce its military activity near Ukraine’s capital of Kyiv and the northern city of Chernihiv, though Russia has not followed through on similar pledges in the past.

“Russia is trying to buy more time through negotiations with Ukraine,” noted Melinda Haring of the Atlantic Council.