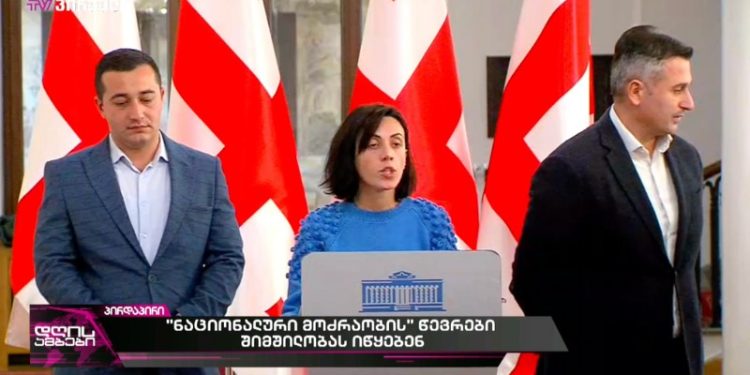 A part of the United National Movement MPs start a hunger strike in the Parliament building, outside the session hall, Davit Kirkitadze, a member of the party, announced, adding that the hunger strike will continue until Mikheil Saakashvili is transferred to the country where he will be treated properly.

“The footage released by the Government, where we saw what the Georgian Government is doing to bring the country’s third president to death, did not leave anyone indifferent. We will not look at all this indifferently. Today, my friends and I, despite the differences of opinion in the faction, will go on hunger strike until Mikheil Saakashvili is not transferred to the country where his health will be ensured. There were differences of opinion, but we made a decision. We are sure that this protest will be growing, both inside and outside the Parliament.

“I am deeply convinced that our society has enough humanity, humanism, and we should not allow the death of the president of Georgia for the second time in our country,” said Davit Kirkitadze.

The deputies note that the decision was not agreed with Saakashvili.

On December 14, the Special Penitentiary Service released the footage of Mikheil Saakashvili in custody.

The Personal Data Protection Service has started examining the issue of publicizing the footage.