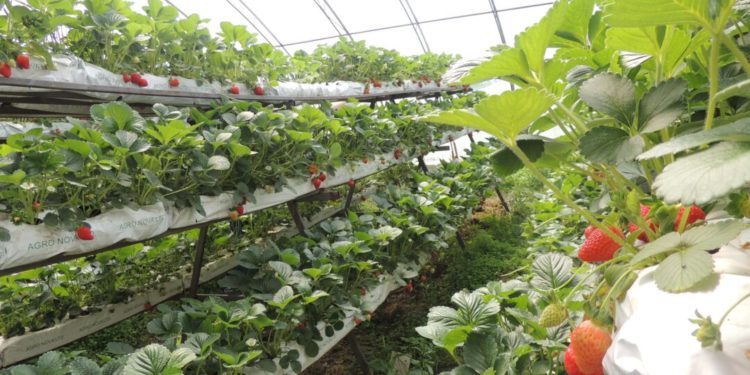 10 citizens of Georgia, who participated in the seasonal employment program in Germany,  plan to return home tomorrow.

One of the employees, Jaba Chachanidze, says as the old employer violated the terms of the program, they have been transferred to a new employer, after which their salaries were reduced and they are in inappropriate conditions.

Chachanidze says the new employer pays them 2.50 euros for one box of strawberries and they often have to work overtime without a break. Georgians temporarily employed in Germany plan to start a legal dispute against the Georgian Employment Agency after returning to their homeland, demanding compensation for losses.

He claims that the Georgian Embassy in Germany was not even interested in the fate of Georgian citizens.

“I want to make it clear that this employment program is a lie, everything is built on farce, absolutely all the expenses were covered by us. I’ve borrowed 800 euros to go to Germany and now another 300 euros to return home. Now I have only 5 GEL in my pocket… It’s just unbearable for me. I’d rather return to Georgia and not be their slave anymore. We will definitely demand compensation for the damage,” Chachanidze said.

For the record, citizens of Georgia who are involved in a seasonal employment program in Germany and whose employer violated the terms of the program were transferred to a new employer.

The German Federal Employment Agency is concerned about the problem, the German Embassy stated.

Georgians employed in Germany under the state program pointed out existing problems and violations and said that they are in inappropriate conditions.