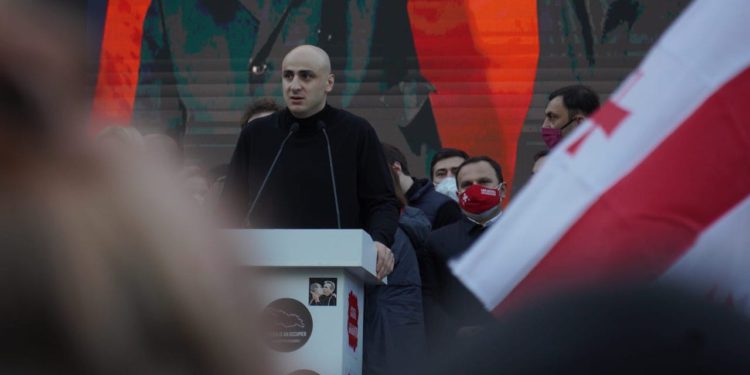 Parliamentary committees have supported the Prosecutor General’s motion to use the detention measure against Nika Melia, the Chairman of the United National Movement (UNM).

At the joint sitting of the Committees on Procedural and Legal Affairs, where the Prosecutor General Amiran Guluashvili introduced the motion and arguments of the Prosecutor General to the members of the committee, the majority unanimously supported the consent of the investigative agency’s appeal. One of the leaders of the Citizens Party, Levan Ioseliani, voted against the motion.

Accordingly, Parliament allows the Prosecutor General’s Office to impose a detention measure on Melia, and it is the prerogative of the court to make a decision about it.

The issue of suspending the parliamentary mandate for Melia was also discussed at today’s session.

Melia may be arrested for refusing to pay the 40,000 GEL bail, the Georgian Chief Prosecutor’s Office announced earlier this month. He was charged with incitement of violence during the June protests back in 2019, and was released on bail in November. He should have paid the bail by December 24, 2020 but did not.

Melia was also banned from crossing the state border without prior consent of the Prosecutor’s Office.