Parliament Speaker: 10 Men Chasing One, Is that What We Call Bravery?! 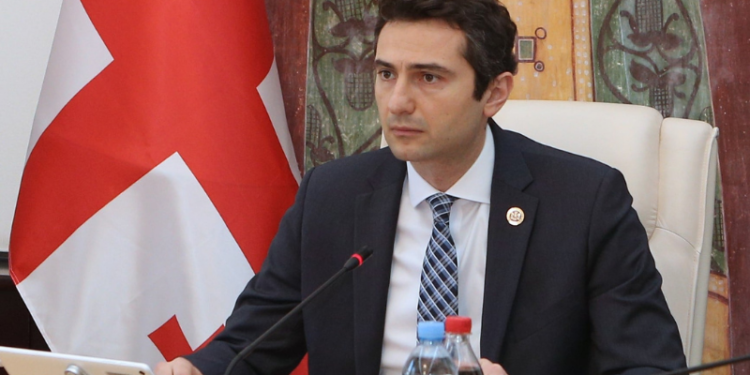 Parliament Speaker Kakha Kuchava called the July 5 attack on journalists “shameful”, saying it is unacceptable and “everyone should be punished.”

“Yesterday we saw a case about which we cannot really say “but” – we cannot turn a blind eye to it, we are waiting for strong reactions!”, Kuchava said when opening the sitting of the Bureau with the above statement.

“These were actions that cannot be justified. There can be no “but”! There can be no justification for what we saw yesterday and it will definitely be condemned by everyone. Our country is historically united by love and religion, which only calls us to respect each other. These actions carried out in the name of religion are simply unacceptable!

“I really do not understand, is it bravery when 10 men chase after one?! In whose name are they doing this?! It is especially unacceptable when there is an attack on journalists and cameramen when they are doing their job. No-one has the right to interfere with their activities. There is no place for such hatred in our country. Even a tourist was wounded. Citizens were chased on the street. The only solution is to react harshly, to identify all the people who took part in this violence. We cannot develop otherwise. All violators of the law must be punished!” he said at the Bureau meeting.

He added that raiding offices of Shame Movement and Tbilisi Pride and tearing off the LGBTQ flag were actions against the State.