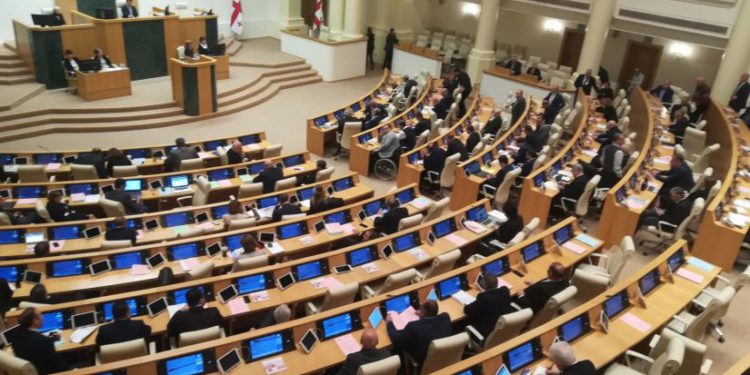 The bill, which envisages the abolition of budget funding for boycotting parties and the termination of free airtime, was adopted in the first reading at the Parliament.

The majority of the Georgian Dream approved the amendments to the Law on Political Unions of Citizens by 84 votes. They also voted on the planned changes in the election legislation and the Rules of Procedure of the Parliament.

One of the authors and initiators of the project says the opposition parties will receive budget funding for the next six months.

“A party which will not be involved in parliamentary work or whose parliamentary mandates will be suspended will have its state funding canceled or suspended for a year. Further, the MPs of such parties will not receive salaries and they will not be able to use free media time during municipal and parliamentary elections,” Parliamentary majority leader Irakli Kobakhidze announced prior to passing the bill.

For the record, several opposition parties have officially addressed parliament to stop the status of their MPs. They refuse to enter the Parliament of 10th convocation, claiming that the incumbent government has rigged the election results.