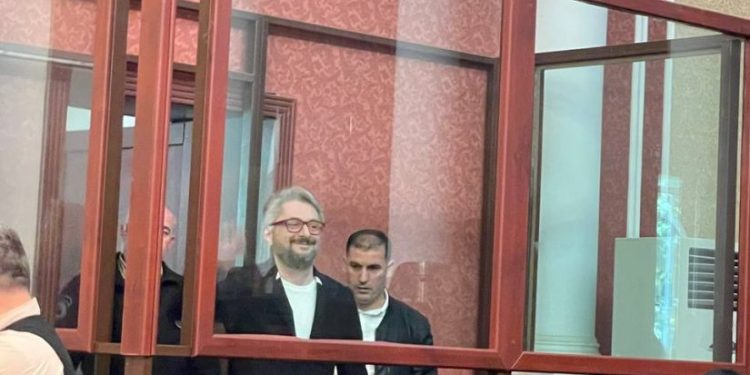 The Tbilisi Court of Appeals’ judicial panel has rendered a decision in the criminal case brought against Nika Gvaramia, Kakhaber Damenia, and Zurab Iashvili.

Nika Gvaramia was given a prison term of three years and six months by the City Court on May 16.

The Prosecutor’s Office charged Gvaramia with “abuse of authority against the legal interests of the broadcasting company and use of a large amount of money belonging to him in his official capacity” while he was the director of Rustavi 2.

Today, the General Director of Mtavari Arkhi channel received a prison sentence and an additional charge from the Tbilisi Court of Appeals.

Regarding the incident of increased punishment, it has to do with the aspect of damaging the company. Nika Gvaramia was fined 50,000 GEL in this occurrence, per the Tbilisi City Court’s ruling. Nevertheless, in the second instance, the Prosecutor’s Office took the same stand, and Nika Gvaramia was also given a term of 3 years and 6 months in jail.

The prison sentence stays the same because the terms run concurrently.

Kakhaber Damenia was deemed guilty by the Tbilisi Court of Appeals, whereas Zurab Iashvili was acquitted of all charges.

Due to Zurab Iashvili’s acquittal, both the bail and the property seizure were lifted. He has the right to request that damages be repaired, the judge explained.

Kakhaber Damenia was found guilty in accordance with Article 220 and given a 50,000 GEL fine.

After asking the court for information, the “Georgian Democracy Initiative” an organization working to enhance the nation’s democratic growth, learned that between 2017 and 2021, nobody was given a prison sentence under this article.

After declaring the Gvaramia case verdict, Tbilisi City Court Judge Lasha Chkhikvadze was pulled from the scheduled program in the US by the US Embassy. This incident further fuels public concerns about Georgia’s lack of judicial independence.

The initial detention of Nika Gvaramia drew criticism from both domestic and foreign sources. The arrest of Gvaramia has been seen by Georgia’s civil society and opposition as a direct assault on free press, democratic ideals, and ambitions toward the country’s Euro-Atlantic future. Concerns over Gvaramia’s conviction and sentence have also been voiced by Charles Michel. The detention of Gvaramia has also drawn criticism from a number of MEPs.