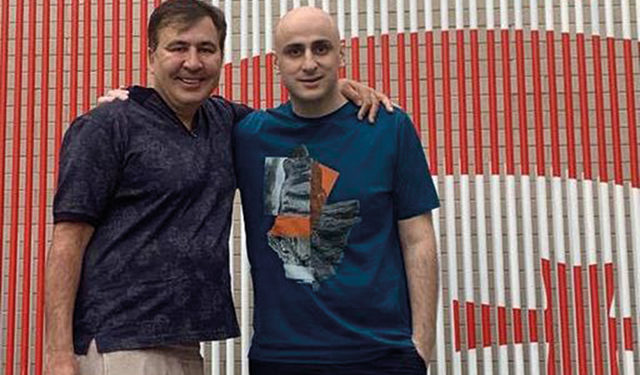 The opposition European Georgia party announced its final decision on May 18, officially refusing to enter the Parliament of 10th convocation.

The relevant decision was announced by the Secretary General of the party, Akaki Bobokhidze, after the sitting of the Political Council. As he claimed, the Parliament is “illegitimate.”

Another big opposition force, the United National Movement, is still discussing the issue of entering the Parliament. The party Chairman Nika Melia stated a few days ago that discussions and consultations around the issue might take several days.

The Chairman of the United National Movement has been in Kyiv, Ukraine, this week with party members Koba Nakopia, Petre Tsiskarishvili, Eka Kherkheulidze, Kakha Okriashvili and Akaki Minashvili.
There, they met up with the third president of Georgia, Mikheil Saakashvili, who now heads the Executive Committee of Ukraine’s National Reform Council.

The representatives of the largest opposition party in Georgia are expected to discuss the current political processes in the country with the ex-president, in particular, the issue of UNM entering the Parliament of the 10th convocation.

Nika Melia noted that he has not seen Saakashvili for more than two years and they had “a lot to discuss.”
Saakashvili said he was pleased Melia had come to see him and added that Melia had “big plans.”

“I’m proud to be his comrade in arms. I admire his courage and the principle he has shown. I think our people can accomplish anything. It cannot be otherwise, for so many years people have been waiting for some relief and progress,” he said.

“In my opinion, Nika is already a winner, because they could not break him and he made the fear of prison disappear, the fear of repression and pressure that has existed for so many years. When a person sets such a standard, others are bound to follow his courage and standard. This is a turning point in Georgia’s recent history, it has given new strength to all our people,” Saakashvili noted.

“I’m very glad that we talked about many Important issues,” Melia said. “I believe that in the not too distant future, we will meet again, not only in Kyiv but also in Tbilisi, it should be so and it is impossible for it to happen otherwise. For this, it is important to develop a common strategy. We should not make the enemy happy.

“When I came out of prison, I faced lots of traps; many people trying to create misunderstanding in the opposition. Rumors are circulating as if I have a tense situation with Misha, but the opposite is true. There are wiser people in the opposition and in the National Movement than certain people think, so we will not allow anyone to provoke us and destroy the foundations of the state. The most important thing is for us, the politicians, is to believe in Georgia; to believe that we can win. If we do not believe in it, how can people believe?” he said.