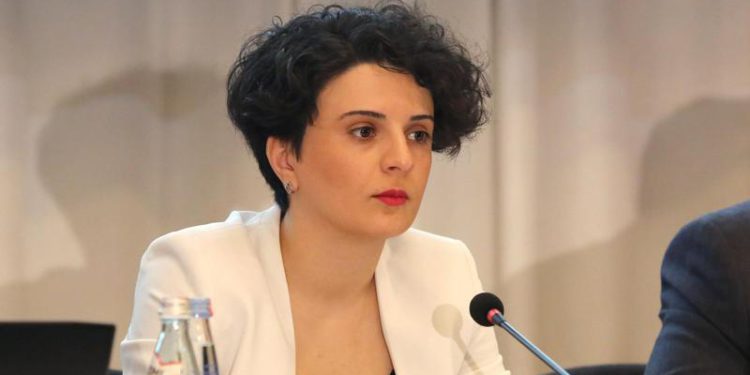 Natia Mezvrishvili, one of the leaders of the party ‘For Georgia’ founded by Former Prime Minister Giorgi Gakharia, has been summoned for questioning. Mezvrishvili calls the above move “groundless.”

“I regularly hold briefings and voice the facts of political persecution of party members and supporters, which are known to me from the heads of regional offices.

“The investigator of the Kazbegi District Division summoned me for questioning on the 4 facts voiced at the briefing today. As I know, an investigation has not yet been launched on these facts.

“Despite the groundless summoning (which I am sure comes from the political leadership), with respect to the ordinary investigator, respect for the system where I worked for years and to avoid government speculation, I will appear there, but at the time when I do not have pre-election campaign meetings. I also explained this to the investigator,” said Mezvrishvili.

“I would like to warn the political leadership of “Dream” and the senior management of the Ministry of Internal Affairs:

“I voiced more than 100 facts at the briefing. I have an active pre-election campaign and every such pointless summons causes me to be cut off from the election process.

“Conduct a real investigation! Nobody is a fool here. Conduct the necessary investigative actions on each case and, first of all, investigate the systemic nature of the persecution on political grounds.

“It seems that the political persecution of party members and supporters was not enough and now you have decided to end the election process in this way.

“If you are able do anything, show up and let’s sit for the debates,” Mezvrishvili wrote on his Facebook page.