One Month On: The Russian Invasion of Ukraine 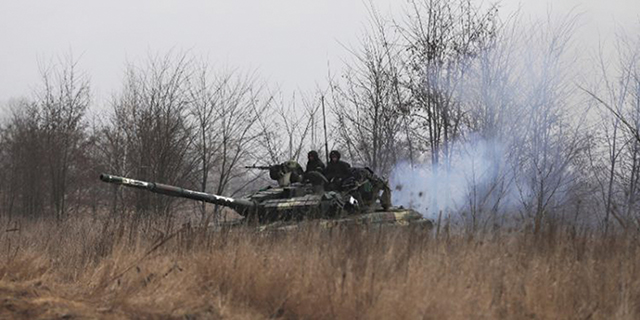 Image source: Institute for the Study of War

In the fourth week of Russia’s invasion of Ukraine, Russian advances have been halted or pushed back in many areas, with Ukrainian forces holding out in several cities and also launching effective counter-attacks.

Here are the latest developments on Day 28 of the invasion:
• Russian forces continue to lay siege to the southern city of Mariupol, where food, water and medicine are now scarce;
• Ukrainian forces are reported to have re-taken the town of Makariv to the west of Kyiv;
• Ukrainian forces still hold Kharkiv in the east;
• Russian naval forces remain off the coast of Odesa in the Black Sea.

Russians have made few advances in recent days

The failure of the initial campaign to seize major cities like Kyiv, Kharkiv and Odesa could result in a “very violent and bloody” stalemate that could last for weeks or months, warns the Institute for the Study of War (ISW).

The ferocity of the Ukrainian resistance has meant Russian forces have been forced to change their approach, the UK Ministry of Defense opined this week.

“They are now pursuing a ‘strategy of attrition’ which could result in increased civilian casualties and greater destruction of cities in the coming days,” they wrote.

A source of the American edition the Wall Street Journal, who is an American high-ranking official, says after Russia failed to win an early victory in Ukraine, it changed its strategy and moved to Plan B.
Under the new strategy, Russia will try to protect the acquired territorial objects and increase pressure on the Ukrainian authorities, including by bombing cities, to pursue their own interests.

The Fight for Kyiv

Russian forces have been attempting to encircle and cut off the capital, but large areas around Kyiv remain under Ukrainian control, especially in the south.

Russian artillery remains far away from the city center, but shelling continues to cause casualties and destroy homes.

To the west of Kyiv, Ukrainian forces have retaken the small town of Makariv.

“The state flag of Ukraine was hoisted over the town of Makariv when the Russians retreated,” the Ukrainian military said in a statement this week.

Russian advances to the west of Kyiv had previously stopped in the suburbs of Bucha and Irpin, about 25km from the city center, with Ukrainian forces preventing them from crossing the Irpin River.

Justin Bronk from the UK defense and security think tank the Royal United Services Institute says these new Ukrainian counter-attacks to the west of Kyiv could hamper Moscow’s plans to capture the capital, reports the BBC.

Russian Progress Slows in the South

Russian forces initially made rapid gains in the south, with their main objective being the creation of a land corridor between Crimea, which it annexed in 2014, and areas held by Russian-backed separatists in Donetsk and Luhansk.

The main target standing in the center of that objective has been the port city of Mariupol, which has been encircled by Russian forces since the start of March. Ukrainian officials say some 100,000 civilians remain trapped in the city.

On Monday morning, the government in Ukraine rejected a Russian demand to surrender Mariupol. The Russian military had given Ukraine until 05:00 Moscow time to announce the city’s surrender, promising that in return it would safeguard two humanitarian corridors for civilians to leave the city.
Previous attempts to create safe corridors out of the city for civilians through ceasefires collapsed, with those fleeing coming under fire.

Elsewhere in the south, Russian forces appear to be focusing on a drive toward Kryvyi Rih, possibly with the aim of isolating and taking Zaporizhiya and Dnipro from the west, ISW analysts suggested this week.

“To the west, Russia is likely to continue a push towards Odesa with the aim of cutting off Ukraine’s access to the Black Sea. Russian naval forces off the coast have fired on the city in recent days but military experts believe capturing Odesa by landing troops from the sea would be very difficult.

“Russian advances on Mykolaiv, which lies between Russian forces and Odesa, have slowed, and a counter-attack by Ukrainian troops and volunteers has pushed Russian forces back from nearby Voznesensk,” reports the BBC.

Russian Advances in the East

Fighting continues in the Donetsk and Luhansk regions, where Russian-backed separatists held significant territory before the Russian invasion.

In the north-east, Russian troops have almost surrounded the city of Sumy, but Ukrainian forces have prevented attempts to cut it off from the south.

A similar attempt to encircle Kharkiv, Ukraine’s second-largest city, has also been repelled, with analysts saying Russian forces there are in short supply of ammunition.

After a month of devastating war, all the big cities are still controlled by the Ukrainian forces. Russia’s failure to score a quick victory has led to a grimmer phase of the war, the end of which is not yet visible.

On the one-month anniversary of invasion, Zelensky urged the world to protest Russian war, making an impassioned plea Thursday for citizens worldwide to pour onto streets and squares in global protest against Russia’s bloody month-old invasion.

“The world must stop the war,” he said. “Come from your offices, your homes, your schools and universities, come in the name of peace, come with Ukrainian symbols to support Ukraine, to support freedom, to support life.”