One Group of Volunteers Leaves Tbilisi for Ukraine 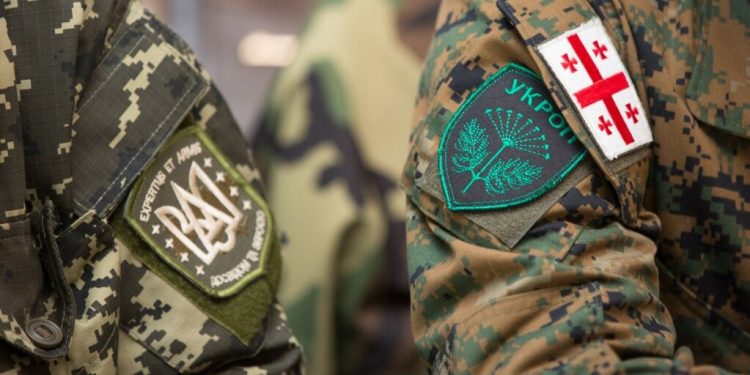 One group of volunteers has already left Tbilisi for Ukraine. They plan to arrive in Ukraine by bus.

Reportedly, a group of about 60 people is leaving for Ukraine to volunteer for military and medical assistance.

At the same time, another group is waiting for a flight at Tbilisi Airport.

For the record, various citizens, including doctor Vazha Gaprindashvili and Anti-occupation Movement Leader Davit Katsarava expressed their desire to leave Georgia for Ukraine as a volunteer. Volunteers note that the charter flight was to be performed, but later, the military attaché of the Ukrainian embassy informed them that the Georgian government did not allow the plane to land in Tbilisi “due to security reasons.”

“I just heard that our government has blocked the entry of a Ukrainian plane which is supposed to take volunteers to Ukraine. This is shameful behavior. It is a treacherous and collaborationist decision of the government,” Katsarava said.

Prime Minister of Ukraine Denys Shmyhal responded to this on Twitter.

“Brave Georgian brothers are waiting at the airport to fly to Ukraine. I hope Gharibashvili will show his courage and give permission to fly. Ukraine is waiting! Europe is waiting!

The volunteers say that they’ve applied to the Ukrainian Embassy for assistance and will follow their guidance to reach Ukraine.