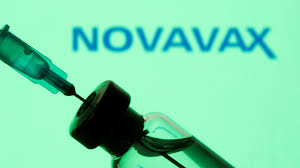 Novavax has hailed its experimental vaccine as 89% effective in preventing COVID-19, saying it also fights the fast-spreading UK variant.

The study “assessed efficacy during a period with high transmission and with a new UK variant strain of the virus emerging and circulating widely,” Novavax said in its statement.

The company added that studies have shown promising results against the emerging South African variant also.

Chief executive of Novavax, Stan Erck, said the results from the UK trial were “spectacular” and “as good as we could have hoped”, while the efficacy in South Africa was “above people’s expectations”.

The trial was supported by the UK National Institute for Health Research (NIHR).

The UK has already secured 60 million doses of the vaccine.

Stanley C. Erck, CEO of Novavax, said: “NVX-CoV2373 has the potential to play an important role in solving this global public health crisis. We look forward to continuing to work with our partners, collaborators, investigators and regulators around the world to make the vaccine available as quickly as possible.”

The announcement instills hope amid rising anguish about whether the different vaccines will prove strong enough to protect against the newly emerging variants of COVID-19.