No Time to Sleep: A New Word in the Country’s Creative Media 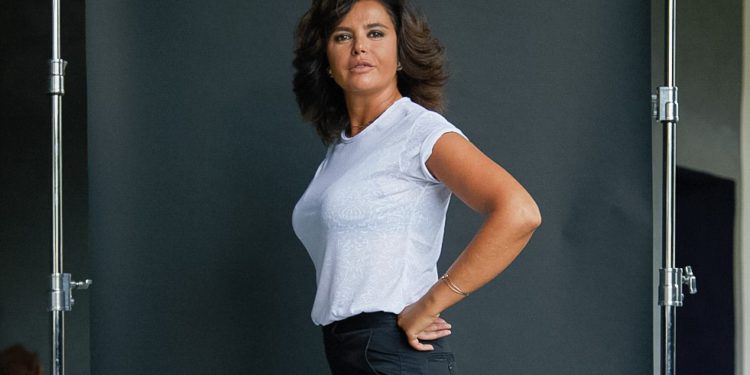 Media has a drastic influence on society’s way of thinking. Nowadays, when our reality is overwhelmed with heavy politics, shows of a cultural and educational format are much needed for society in order to give them a break and keep them thinking about the essential values in life. Such TV shows also have a significant influence on the right upbringing and development of our young generation. Further, media functions as a major area of influence for business and communication.
The show ‘No Time to Sleep’ has the right marketing strategy, and a creative and new informational style influenced by a merging of French-Georgian culture. With that in mind, GEORGIA TODAY spoke to Olga Babluani, author, producer, and host of popular TV show ‘No Time to Sleep,’ to find out more about the role of media in the mentioned processes and the need for long-standing shows like hers.

‘No Time to SLEEP’ HAS HAD A SPECIAL PLACE IN GEORGIAN MEDIA FOR SEVERAL years, and feedback is consistently positive. Tell us how you do it.
The media in Georgia is incredibly polarized, in fact, the media panorama is occupied by political wars, where a fight without rules is going on. We’re finding it difficult to get out of the post-Soviet system, and all this is well-reflected in the media.
Georgia is a big country, in which its centuries-old history, including the Soviet period, is clearly visible. Identity is shaped when we know our history; when we know who we are so we can understand where we’re going. The show ‘No Time to Sleep’ has a cultural-educational format, the main purpose of which is to provide viewers with the information they need. We discuss any topic, except politics, and at the same time present the personal character of our guests with a free approach. I’ve come from a cinematography background; high quality, internationally acclaimed copyright cinematography, experience which contributes to the aesthetic quality of my TV show.

Is the show a joint product of you and Imedi TV?
For more than a year, Imedi TV has been participating in the creation of the show. It was not like that from the beginning. We also cover a small number of commercial topics that fit into the concept of the show. It needs to be interesting for our viewers, just like the non-commercial topics, for example, culture. Both enliven each other. We have partners as well as international organizations who see the need and essence of the show.

How would you assess the role of the media today, in the age of 21st century technologies?
In Georgia, 85% of the population receives information from television. Imagine this happening in the age of technology. Television has the greatest communication role and has a complete monopoly on the mental horizon. Media plays a big role in shaping public opinion in all countries, but with us, this is even more emphasized: based on what Georgian viewers watch in 24 hours, there can be two or even three TVs buzzing in each household. Western media, in one way or another, takes into account the psychological, moral and physical condition of the viewer in order to maintain public balance. In Georgia, this side is completely excluded. The course of the country is oriented towards the West; yet, the media is completely disconnected from Western information and lifestyle coverage. Until this topic becomes a priority, it will be difficult to assess the reality we live in. “We will get to know ourselves against the background of difference” is a good phrase from a Georgian educator.
I’ve recorded interviews with many foreign celebrities for the show, including actor Vincent Cassel, nationalist party leader Marine Le Pen, author of the iconic movie Béatrice Dalle, writer Frederic Beigbeder… and others. Viewers will hear such interviews infrequently, and will soon forget because it’s a rarity. The Marine Le Pen interview is interesting in that it follows a discussion of European nationalism, and the media grabs the topic. Nationalism is the most acute issue today and concerns Georgia by ricochet. We must be part of the global information field! The events that take place in the world affect us too. This requires an independent media and an educated young generation. Let me take the example of France again: a financial group of just a few people owns leading French TV and magazine publications. These people do not invest in non-profit business; they need an information field to pursue their own interests. But there is a limit that should not go beyond civil action. This, in addition to the fact that part of the intelligentsia and educated youth rationally evaluate events, meaning that, despite efforts, common sense is not lost. The media remains at the service of the people for now, and people have the opportunity to evaluate and analyze information.
We Georgians are very talented and creative people. There are a lot of young people who can create a new TV product: the media needs to present modernity.

Your style as a presenter is very distinctive. During an interview, you establish a very strong rhythm.
My style is part of my character. Rhythm gives dynamics everywhere and in everything. The main driving charge is internal energy. I write the script for the show, and I’m well aware of the information about the guests and I treat them almost like actors in the cinema, when the cameras are turned on and the recording process starts, I move to a completely different dimension. When on stage, I can hear absolutely nothing. I have a very good team, they know me well, though it is not easy. They are very strong professionals and we support each other.

Your guest list is quite diverse. You are happy to introduce people completely unfamiliar to viewers, which is often considered a dangerous move, given the rating angle.
There are many interesting people in the country, this is what a tired spectator is interested in. I’m often told: “When we watch your show, we relax, it gives us new energy, it turns out it is possible to create and do something in this country.” This is a great compliment! Because the concept of the show is precisely the display of the living organism of the country in the developed context; showing off the people who create and produce in different areas. This dynamic also exists, the knowledge of which is essential and is an example for the viewer.

How did the pandemic affect you?
The pandemic has affected all spiritual beings on earth. The goal right now is to get out of the situation. When we do, it will be interesting to see what kind of a mark it will leave on us. Priorities will be rearranged as the world undergoes amazing changes. For example: The topic of Brexit is a very interesting example on the world map. Brexit is a great merit of Boris Johnson’s communication talent, which I think deserves media attention in terms of education.
In Georgia, education should remain the main Marshall Plan. We need youth who are educated and progressive, with independent thinking skills and universal language, more creative on TV and in the art space. We are in the 21st century: important historical changes are happening for women. A woman’s mind is appreciated. Kamala Harris is the Vice President of the US! Media, cinema, literature should destroy local clichés of women’s characterstics.
Our team continues to work, I will avoid talking about future plans, you understand why – we had big plans in 2020! Psychological calmness and enjoying reality is my priority today.