No Agreement Reached between Striking Employees & Management of ‘Borjomi’ 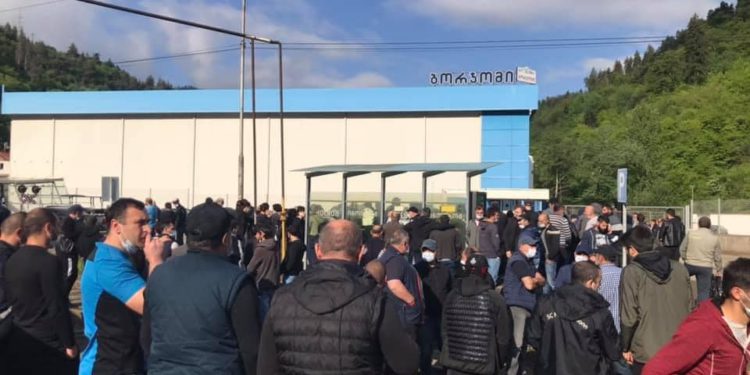 Employees of the Borjomi factory are still on strike. The parties have failed to reach an agreement.

Beka Stepnadze, one of the strikers, told Formula TV that they did not agree to hold talks without the involvement of Giorgi Diasamidze, a trade union representative.

“The requirements are unchanged. These are 1.Reduced salary compensation; 2. 30% increase in existing salaries 3. Improving working conditions, 4. Reaching a collective agreement. This should be done in agreement with the trade unions, in particular with Giorgi Diasamidze,” he said, adding that they would continue to protest.

He noted that there are employees in the factory who, in fact, have not had a day off for five years and work seven days a week.

The employees of the Borjomi factory have been on strike for several days. As a result, the operation of Borjomi N1 and N2 bottling factories has been suspended.

Up to 350 workers of the Borjomi Mineral Water Bottling Factories No 1 and 2 went on strike on May 18. Prior to this, there was a 21-day mediation between the company, employees and Trade Union of Agriculture, Trade and Industry, which ended without an agreement, after which the employees went on a legal strike. They say they are fighting for decent working conditions, their main demands being a salary increase, the right to rest and have breaks, and better working conditions in general.