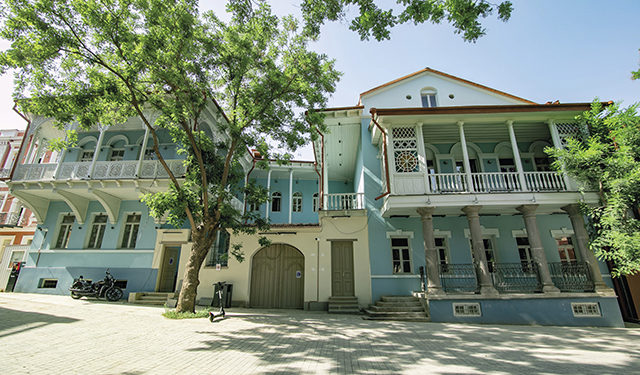 The Tbilisi Development Fund has been implementing the project “New Tbilisi” since 2015. The project implies the unification of major tourist routes in Old Tbilisi through the rehabilitation of large areas; the restoration of important historical monuments in a planned order; the restoration of historic-artistic entrances; the rehabilitation of museums of historical significance; and the arrangement and development of recreational zones. Locations are chosen together with the founder based on their artistic value and need for rehabilitation.

All the above serve to create a great tourist route in Old Tbilisi in the shortest possible time, and the emergence of as many centers of attraction as possible.

To learn more about the project, GEORGIA TODAY spoke to Levan Jgharkava, the head of the Tbilisi Development Fund.

“New Tbilisi is a systemic project aimed at using Tbilisi’s diverse opportunities to stimulate economic activity, increase tourism potential, and increase the well-being of our citizens,” he tells us, noting that the purpose of the Tbilisi Development Fund is to preserve the historic appearance of Tbilisi and increase the value of the real estate there, and this does not mean an increase only in terms of price. “If, as a result of our activities, the architectural, historical, economic, and tourist value of the environment increases, and all this is ultimately measured by an increase in the use and sale prices of real estate, then we know we’re on the right track,” he says.

Planning and preparation for the New Tbilisi project was done from March to December 2015, focusing on the development of the Pirosmani- Kargareteli- Constitution- Aghmashenebeli Avenue area, and Dry Bridge- Orbeliani Square, commissioned by the ‘Geographic Foundation’ and ‘Studio 21.’ More than 60 specialists were trained and involved in the process: architects, urbanists, art historians, sociologists, geographers, economists, and more.

“In addition, for the planning of the first phase, very important research commissioned by the Foundation was used, and the concept of historic Tbilisi urban development was prepared by Geographic at the request of the Fund, in which about 200 very famous specialists participated.

“It can be proudly said that such involvement of professional circles in planning the activities and future priorities of the Tbilisi Development Fund is a precedent and has never been done before,” Jgharkava tells us.

The main goal of the project is to create a systemic, sustainable mechanism for urban development, through the Tbilisi Development Fund, while the main aim of the project is to identify the needs for the restoration of historical and cultural heritage sites in Tbilisi and the needs for the preservation of the historical appearance of the capital, and in doing so increase the value of real estate. Most importantly, the implementation of projects for the preservation and development of the historical appearance of Tbilisi are being carried out to high standards.

“Tbilisi is rich in cultural heritage sites, we have a total of 1700 cultural heritage buildings in the historical area, most of which are in a state of severe disrepair and need intervention to be saved, in accordance with the relevant regulations. The Tbilisi Development Fund is gradually implementing the program of restoration of historical monuments within the project New Tbilisi, which is funded by the budget of Tbilisi City Hall,” Jgharkava notes.

“For us, the most important thing is that the work we do is of quality and will last for centuries, which is why before we start working directly on the monument, we first fix the underground communications, then move on to the rehabilitation of the building. Groundwater is quite problematic in historic Tbilisi, and poses a threat to many historic buildings,” he says. 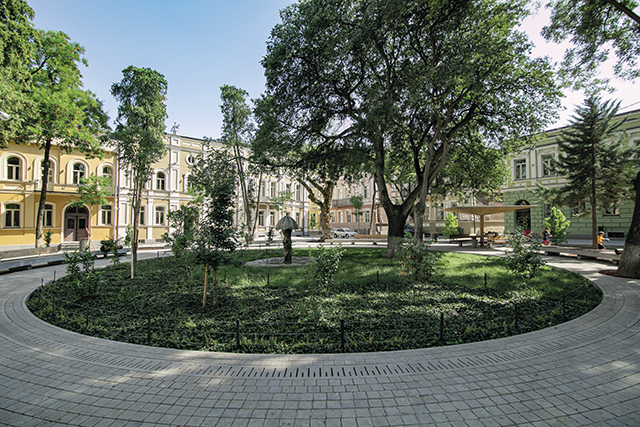 Which areas of Tbilisi are to be rehabilitated?
At this stage, rehabilitation and restoration works are underway at the National Youth Palace, the Silk Museum, Gudiashvili Square, Tsinamdzgvrishvili 1, Tabukashvili 46, and on Katalikosi and Erekle II streets. In future, Sulkhan-Saba, Ingorokva and Gorgasali streets will be rehabilitated and a recreation zone developed. The Narikala Fortress rehabilitation (Phase II) is also planned within the next 4 years.

Within the framework of the Lado Gudiashvili Square rehabilitation project, about 30 buildings are subject to full restoration, including up to 22 cultural heritage monuments. As a result of the project, the living conditions of the residents in the area will be improved. The value of real estate will also increase. New, tourist-active streets will appear in the historic part of the city, which is important for stimulating the economy. Rehabilitation works on Gudiashvili Square and the adjacent streets also include landscaping of the square and garden, and restoration of the road and paving surfaces.

What are the main benefits of the project besides increasing real estate value?
The projects implemented within the framework of the Tbilisi Development Fund project give buildings the status of a “monument” in historical Tbilisi and prolong the life span of the area, which already counts more than a century. The project has been successfully implemented since 2016 and makes the urban environment healthier, and the area livelier for both locals and tourists.