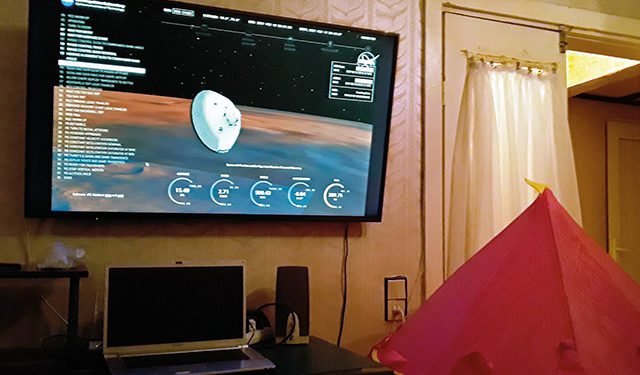 It’s like living in the future, sometimes. Watching, live, LIVE, as a payload from our planet reaches its nearest neighbor after a journey of seven months, then makes a harrowing, screamingly-fast-to feather-soft descent (hundreds of details to get perfect or it fails) and gently touches down on February 18, 2021. OK, almost all of the video footage came several days later, beamed back across the 11 light-minute distance. But we were with the hundreds-strong NASA technical crews in real-time on YouTube, and had only that 11-minute time lag as we followed telemetry and got a single still photo of the Perseverance rover on its way down. We cheered with them all.

Some more details: Perseverance is nicknamed Percy, and was named by seventh-grader Alexander Mather from Virginia, USA, in a competition. It has a length of 3m, width 2.7m, height 2.2m, and weight of 1,025kg: think a small car. This makes it the largest and heaviest object we have ever landed on another planet. Percy is powered by a small nuclear reactor, converting heat from the decay of plutonium into electricity.

For someone whose childhood’s earliest remembered read book was Kings of Space, this is sci-fi brought to life. I devour the genre, though not exclusively, and planet-themed books like Greg Bear’s Moving Mars or the Expanse set (also a TV series) are high on my list. Now is just the next chapter in the decades-long exploration of our solar system, in which vastly more awaits: we are still discovering new moons around Jupiter!

(Aside, a helpful mnemonic for remembering the order of the planets’ names, sunward first: My Very Energetic Mother Just Made Us Nachos.) 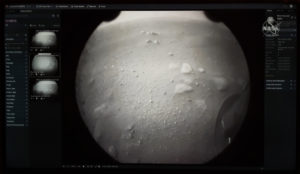 Perseverance also carries the first ever aircraft to fly on another planet (as far as we know!). Ingenuity, nicknamed Ginny, was also named by a youth in a competition: Vaneeza Rupani, a high school junior in Alabama. The 2-kilogram, solar-powered helicopter will have a bit of a wait before extensive testing, and then release as part of Percy’s search for signs of former life on the Red Planet, now seemingly long devoid of any surface water, along with its magnetic field and most of its atmosphere. Once, it had all three.

Due to the time-lag between us and Mars, commands are impossible to respond to quickly, when instant reflexes are needed, for example during that hellish seven minutes of planetfall. This time the rover was given the ability to image its potential landing field and make its own decision about the safest place to arrive, avoiding deep dust, large rocks and other pitfalls which could cripple or even destroy it before it accomplished anything. With a perfectly successful landing and a final tilt of only 1.5 degrees off horizontal, it seems to have chosen well. Now its six wheels can soon begin to take it to more and more interesting locations within the zone of interest, a former lake with clear inflow and outflow canals.
My brother-in-law and his wife and I were all awake for the touchdown, and saw it on our TV in Tbilisi. The red rocket in the photo is actually my young niece’s tent, but it fitted the occasion nicely, so, no need to move it.

It’s just as well that Mars is big: currently, China and the UAE also have landing missions in progress, and other nations and consortia also have satellites in orbit. The landing projects are all happening at similar times due to taking advantage of Earth and Mars having reached nearly their closest point from each other at this time. This greatly decreases flight time and fuel needs, of course, both vital considerations given that “closest” still means 56 million km apart. The closest theoretically possible distance has not happened in all recorded human history, being rare: 54.6 million km. 401 million km is their furthest distance apart, more than seven times the closest, and the average is 225 million km. Venus is the closest planet to Earth of all, but not yet so interesting or so easy to land on, besides being much, much hotter with its runaway greenhouse atmosphere.

In the coming weeks and months, we will get more photos and video from Percy and Ginny, including the first ever sounds from Mars to reach us. Surface material samples will be taken, some analyzed on the spot, others sealed for years-later retrieval and return to Earth. Multitudes of cameras will record visuals in many different spectra, and many different experiments will be done, all in the search for any evidence of that so far most elusive of things outside our own planet: life.