Morawiecki Reaffirms Support to Ukraine, Highlights Georgia 2008 and Ukraine 2014 Was the Beginning of a New Era in History 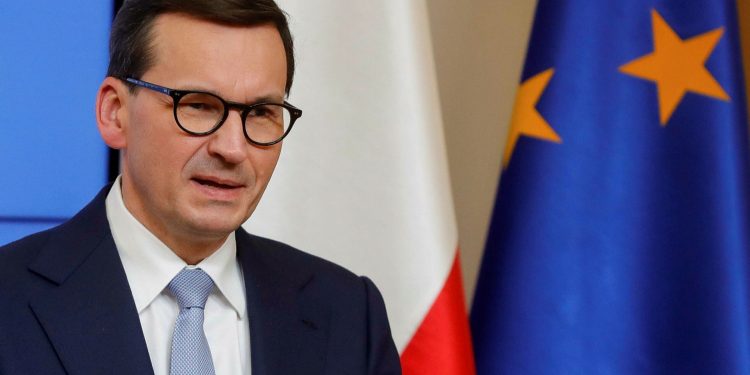 Polish Prime Minister Mateusz Morawiecki reiterates Poland’s support for Ukraine and claims that when Russia invaded Georgia in 2008, it raised the first red flag that other countries chose to ignore.

“The Ukrainian army is facing a formidable enemy alone, and Ukrainians must be constantly aware that they have Europe’s massive support behind them,” he stated.

“Ukraine is fighting for our freedom, security, and prosperity in the future,” he underlined.

The Polish PM affirmed that Poland has long attempted to warn the international community about the threat posed by Russia, citing the 2008 invasion of Georgia and the 2014 annexation of Crimea as warning signs that were largely ignored while Poland was aware that they marked the “beginning of a new era.”

Like the hybrid attacks on the Polish border with Belarus the year before, when the Belarusian state weaponized migrants to generate an orchestrated migrant crisis, Morawiecki claimed that the Polish government has long had no doubt that Russia’s energy supplies were as much of a weapon as tanks. Poland has chosen to construct a wall on its border with Belarus, and it is already doing the same on its border with the Russian exclave of Kaliningrad.

He emphasized the necessity of a coordinated effort at all levels. He stated that a nation’s civilization has immense strength when its politicians are working together. But the idea of strength in numbers also holds true for the global society.

“NATO is the most powerful alliance in history,” Morawiecki mentioned, “but its strength rests on the strength and solidarity of all the states. This is why Finland and Sweden must join [NATO] quickly.”